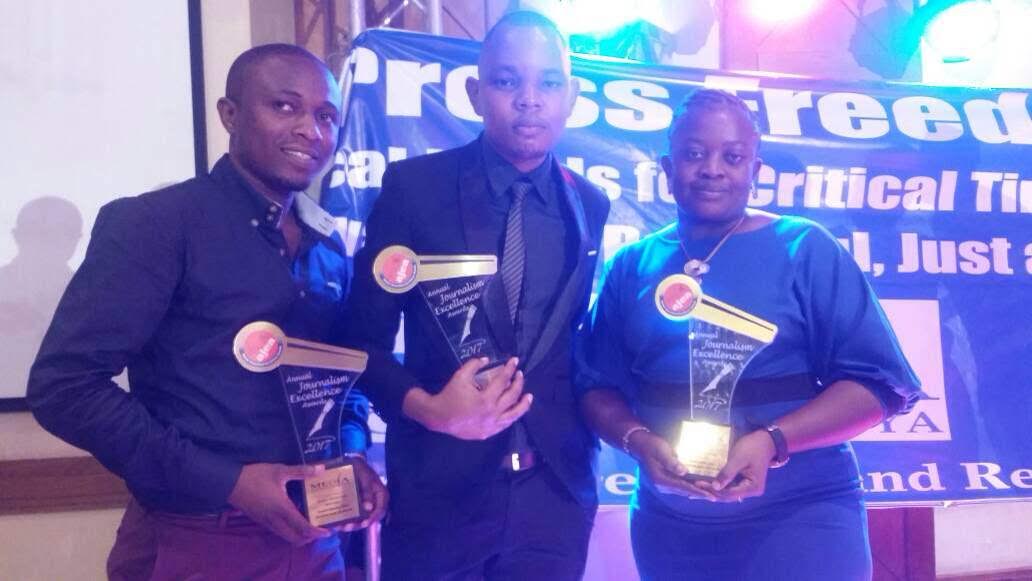 Nairobi,KENYA: Two reporters working with Baraka FM were feted in the annual media excellence awards organized by the Media Council of Kenya in Nairobi on Wednesday.

Jira also carried the day in the Good Governance category.

His feature story that won him accolades highlighted the role of women in fighting extremism in the society dubbed “Women in radicalization”.

“I attribute my success to hard work, story packaging and content. I also appreciate my sources for coming through’, said an elated Jira.

He also revealed to Baraka FM that he was the only contestant in the Good Governance category.

In the Media freedom story, Ms Wanyonyi touched on the threats facing her colleagues in Coast region following the mysterious death of two journalists.

Other winners of the night included KTN’s Francis Ontomwa and Francis Mutalaki who won in the Media Freedom award (TV). Moses Baya emerged winner in the Development reporting award (TV).

The awards are organized annually by the Media council of Kenya MCK to recognize and fete journalists who excel in their work.