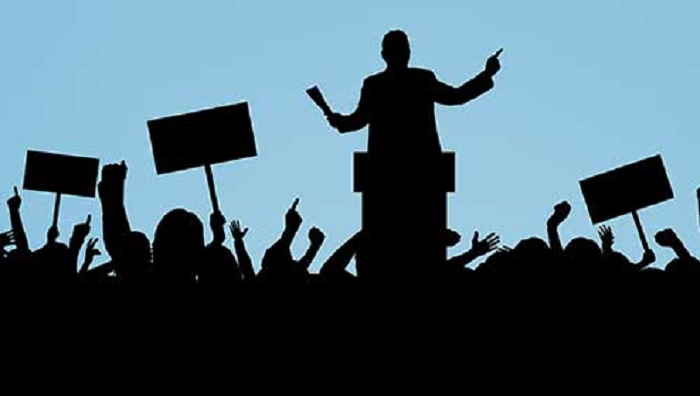 Kenyans have had enough from the mouths of the political class; ranging from free secondary education, perfect infrastructural network, free maternal health, inclusiveness in government positions, and equality in the distribution of natural resources to a more vibrant agribusiness economy.

Most political elites have negatively understood Kenyans, thinking that they can be swept away by the wave of political promises that is currently sweeping across the country.

What most of them are forgetting, is that the Kenyan electorate is more informed than ever and they have a lot of convincing to do for one to be elected come August.

What most Kenyan politicians and Kenyans in general need, is to  learn from some of the greatest leaders of all time like the following:

Nelson Mandela was the first South African president elected in fully conducted democratic elections and a main player in the anti-apartheid movements in the country; he served a lengthy prison sentence because of the same.

This did not stop Mandela and in fact motivated it him to devote his life to uniting his country, which he successfully managed to do after his release from an almost 30 year prison sentence.

His main characteristics were his determination, persistence, focus and will.

Mohandas Karamchand Gandhi, better known as Mahatma Gandhi, was born an ordinary boy with a determination to excel at what he did after completing law from London; he became the most important part of the Indian freedom struggle against the colonial rule.

His policy of non-violence and protest through civil disobedience, eventually succeeded when he led his country to freedom in 1947.

His main characteristics were resilience, knowledge, people-skills, motivational approach and leading by example.

Known as the founding father of the United States of America,  George Washington was the leader of the American Revolution and the first president of US and a true visionary leader whose vision has endured for more than 200 years.

What made Washington great was his foresight, vision, strategic planning and his ability to lead people to success.

The 16th president of the United States is also one of the most well known leaders of all time.

He was in office during the American Civil War where he kept the people together and is the only reason that the nation did not divide into smaller parts. He did all he could to end slavery in the US by signing the Emancipation Proclamation.

His greatest traits were his determination, persistence, beliefs and courage.

Mao was the leader of the Chinese Revolution and the founding father of the People’s Republic of China, who successfully endured and repelled the invasion by Japan during the World War II and subsequently transformed the economy of China into one of the major industrialized economies of the world.

It is because of him that China is a world power and a potent rival to the dominant United States of America.

These and other world acclaimed leaders should serve as a good example to Kenyans as they choose their leaders who will govern them for the next five years.