Though the exact date is not yet known, His soon to be wife Grace Mgonjo held a send off party on Thursday night at an undisclosed location in Tanzania.

The 42 year old rapper posted a photo from the event captioning it : 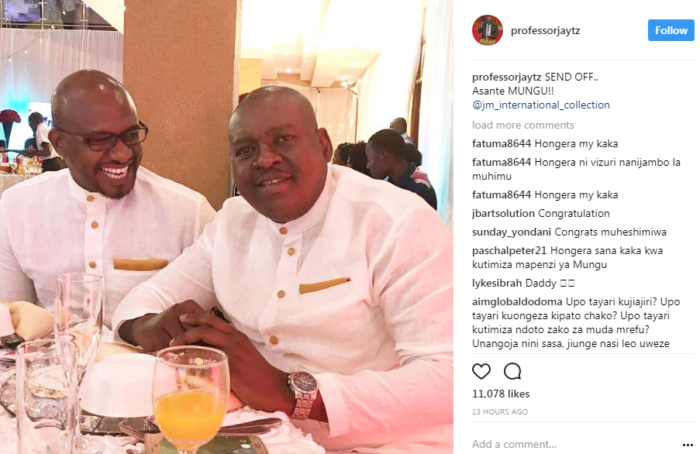 Earlier in the year, the rapper proposed to Grace with whom they have a  teenage daughter known as Lisa by posting this heartfelt message before going down on one knee.

Not much was known about the rapper’s family life before he joined politics and in 2014 an year before he was elected in office, the rapper told a Tanzanian publication that he was taking his time to marry so as to make the right decision.

The rapper who is a veteran in the Tanzanian entertainment scene is currently the member of parliament for Mikumi constituency after he was voted by an overwhelmingly majority on a CHADEMA party ticket in 2015.