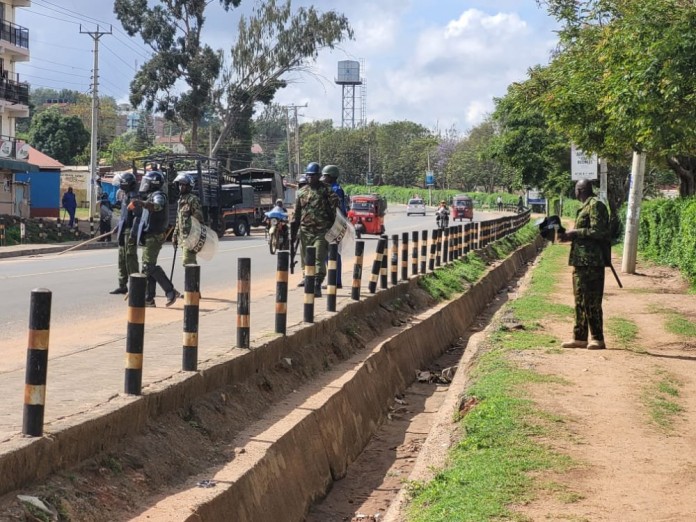 A Machakos police officer has been arrested for robbing a Machakos University student.

The officer identified as Kevin Sila is in custody on robbery with violence charges after he attacked a university student and robbed him of his mobile phone and other valuables.

According to the DCI, Sila and an accomplice are said to have accosted two Machakos University students as they headed to their rented quarters on a bicycle on Sunday night.

“The duo who were on a motorbike registration number KMTE 363W had flagged down the students in the wee hours of the morning before descending on one of them with resounding slaps as they ransacked his pockets,” said the DCI.

“His roommate however managed to escape the attack narrowly and took flight screaming, attracting neighbors who also happened to be students from the university. The students responded to the distress calls and rescued their fellow comrade from the wrath of the officer and his accomplice,” added the DCI.

Sila is said to have attempted to escape after handing back the stolen phone but was arrested by his colleagues from Machakos police station who had arrived at the scene.

His accomplice was also arrested.

“The officer turned suspect and his accomplice identified as David Muringu are cooling their heels at Machakos police station, pending arraignment on robbery with violence charges,” said the DCI.

The arrest came amid protests by Machakos University over increased insecurity in the area.

The protests follow the death of Kipng’etich Duncan, a student who succumbed to injuries after allegedly being attacked by thugs.