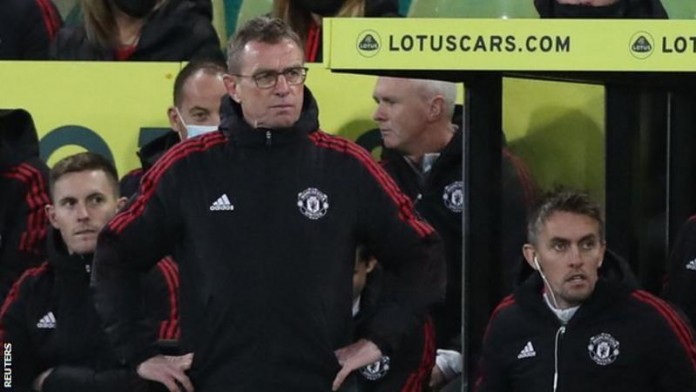 Unites shut their first team section of their training ground on Monday after a rise in coronavirus cases that resulted in Tuesday’s Premier League game against Brentford being postponed.

United did train on Wednesday but without the players who had returned positive tests.

They are set to face Brighton at Old Trafford on Saturday at 12:30 GMT.

However, it is not clear if that fixture will be played, with the club keeping the Premier league informed of developments.

Burnley’s Premier League match at home to Watford on Wednesday was postponed because of an ongoing Covid outbreak within the visitors’ squad.

Burnley made the announcement on social media at 17:00 GMT, with the game scheduled to kick off at 19:30.

It was the third Premier League match in the last week to have been called off because of Covid outbreaks after Tottenham’s trip to Brighton on Sunday and Brentford v United on Tuesday.

In the latest round of corona virus testing, 42 Premier League players and staff tested positive in what was the highest recorded number in a seven-day period since testing began in May 2020.