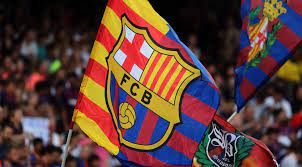 Barcelona may have been handed a lifeline as according to a report in Spain, a company from Dubai has offered to inject their cash and write off the club’s substantial £1.2bn debt

FC Barcelona have reportedly received a £1.2bn offer to stabilise the Catalan club and write off their substantial debt that has caused havoc over the summer.

The La Liga giants had to part with one of the all-time greats over the summer, as financial issues at Barcelona ensured that under league rules, they couldn’t afford to re-sign Lionel Messi.

In an attempt to lower their wage bill, the club also let Antione Griezmann return to Atletico Madrid, with Emerson Royal and Junior Firpo heading to the premier league.

The club has been in a terrible state, but a company from Dubai could revive the club.