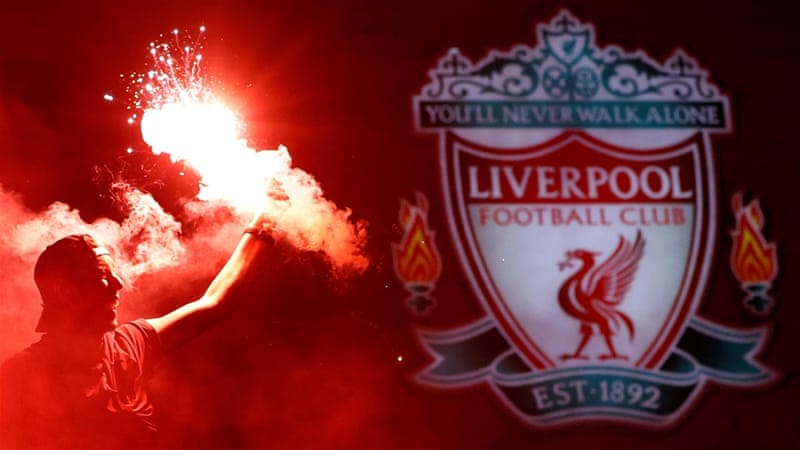 Liverpool football fans are celebrating after the club won the English Premier League title for the first time in 30 years.

Jurgen Klopp’s side secured the title after second-placed Manchester City lost 2-1 to Chelsea in London, meaning Liverpool could not be caught with a 23-point lead over City with seven games remaining.

Despite social-distancing rules and restrictions on public gatherings because of the coronavirus pandemic, Liverpool supporters flocked to Anfield to show their joy at the team’s success.

Fans turned the sky red with flares and fireworks and sang the club’s famous songs and chants, including the team’s anthem You’ll Never Walk Alone.