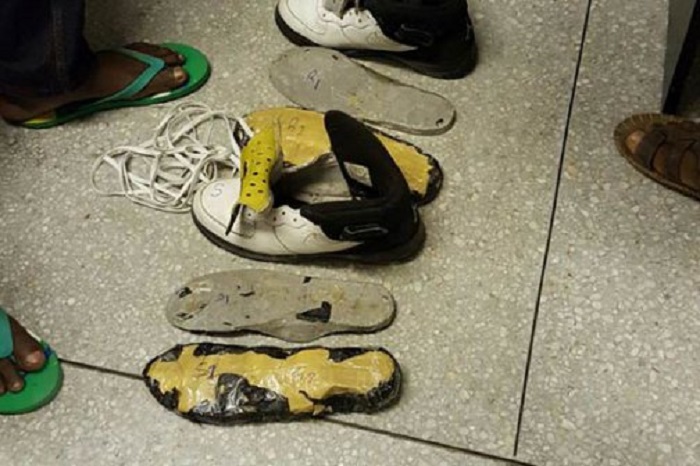 Mombasa, KENYA: Police at Moi International Airport Mombasa have arrested a Kenyan national who was trying to smuggle three kilos of heroin valued at more than Sh10m.

The suspect identified as Mohammed Jibril Ali,was arrested and detained at airport police at around 9pm, Thursday night and had concealed the narcotics in his shoe soles.

Jibril,51, was traveling to Dubai and was boarding a Rwandair flight when he was detected.

Police say the businessman is a regular traveler to Dubai and suspect he has been delivering the drugs there. He is under investigation to establish the source of the narcotics.

Earlier last month,  police arrested an Ivorian woman and seized similar drugs that had been concealed in her bags at the same airport.