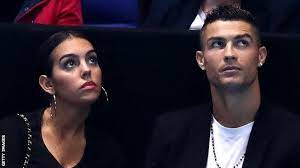 CRISTIANO RONALDO has revealed the devastating news that one of his twin babies has died after his girlfriend gave birth.

The Portuguese icon and his girlfriend Georgina mentioned in October last year that they were expecting a boy and girl.

But Ronaldo announced that their baby boy sadly passed away which is something he described as the “greatest pain that any parent can feel.”

He also said: “It is with our deepest sadness we have to announce that our baby boy has passed away.”

And that their new born daughter is “giving them the strength to live.”