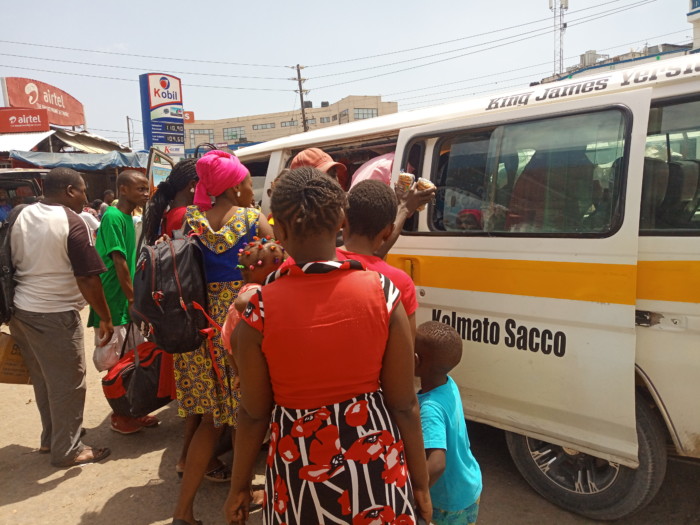 Commuters on the Kaloleni-Mombasa route are feeling the pinch after public service vehicles hiked fares as schools resume.

A passenger who spoke to Baraka FM on phone, said fares have short up from sh.150 to sh. 300 thereby inconveniencing many parents and students.

The most affected are high school students returning to school after a 9-month break due to the corona pandemic.

“They normally charge sh. 150 but now they demand sh. 300 which is not fair considering people are broke due to corona pandemic”, decried the passenger.

The operators blamed covid-19 directives such as carrying only eight passengers per trip as the cause for the fare hike.

Most matatu Saccos have hiked fares despite assurances by Transport CS James Macharia that PSV will not charge more.