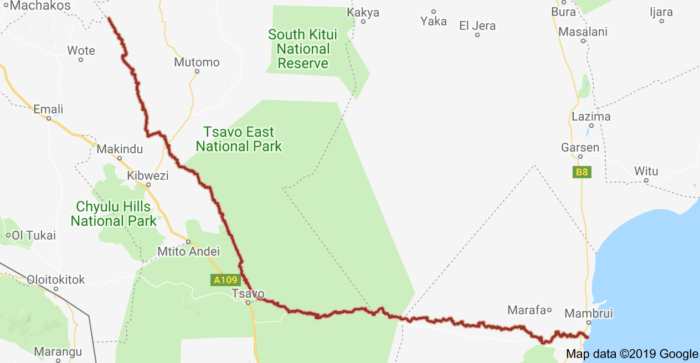 The body of man who drowned in River Sabaki, Kilifi County on Tuesday has been found.

The deceased, 30, drowned while crossing the swollen river by a boat together with three people who survived by swimming to the shore.

A relative to the deceased Rama Kitsao, said his brother was overpowered by strong currents before being swept away.

“ He was crossing to the other side of the river when he drowned. Efforts by residents to find his body were futile”, he said.

Sabaki sub-chief  Racheal Malingi, said the body of the 30 year old was  later found near Sabaki  bridge and was retrieved by police and KWS officers.

Malingi urged residents to be cautious while crossing the river which has broken its banks due to heavy rains pounding the area.