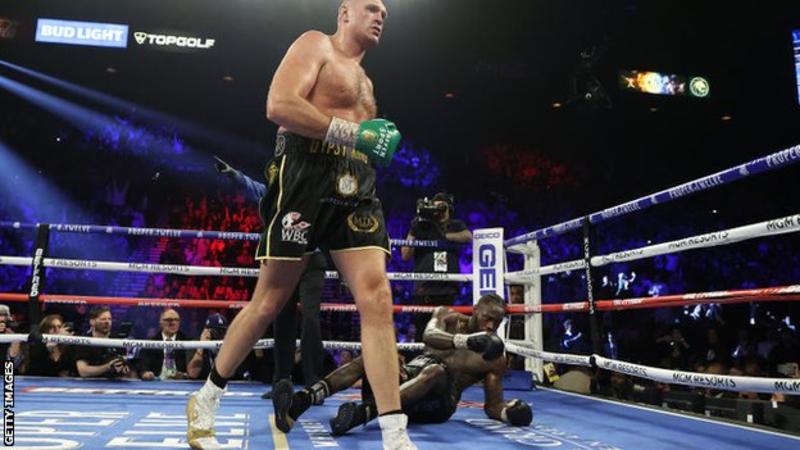 The pair drew their first fight in 2018 and last weekend Fury stopped Wilder in the seventh round to win the title.

The American had 30 days to call a rematch and Arum, Fury’s US promoter, says he has been “formally notified” by Wilder’s team that they are doing so.

Arum told Ringside Reporter the bout will be “before the Olympics – July”.

On Thursday, Anthony Joshua’s promoter Eddie Hearn said talks for a heavyweight unification fight between his fighter and Fury were under way.

But with the rematch clause triggered, Briton Joshua, who holds three belts, is now expected to fight Bulgarian Kubrat Pulev in a mandatory IBF bout in London in June.

And Arum said he could “guarantee Pulev will knock out Joshua like Fury knocked out Wilder”.

“I will look at a Pulev/Fury fight to unify the belts at the end of the year,” he added.