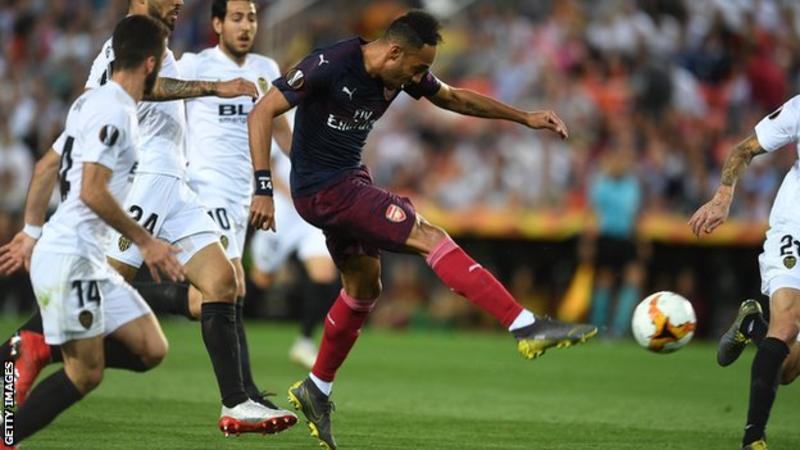 Pierre-Emerick Aubameyang’s hat-trick for Arsenal set up an all-English Europa League final against Chelsea as they won in Valencia for a 7-3 aggregate victory.

The Gunners are now one win away from Champions League qualification, while manager Unai Emery can make history by winning a record fourth Europa League crown.

Trailing 3-1 from the first leg in London, Kevin Gameiro’s close-range effort had given the hosts the early impetus.

However, Aubameyang’s right-foot volley from 20 yards levelled matters before Alexandre Lacazette put Arsenal ahead with a placed effort into the right corner.

Gameiro, a four-time winner of the competition at Sevilla and Atletico Madrid, tapped in Valencia’s second of the night before Aubameyang rounded off the scoring.

The Gabon forward slid in from Ainsley Maitland-Niles’ cross and then blasted emphatically into the top corner late on to complete his hat-trick and a 4-2 win.

It means Arsenal, whose first away game of this Europa League campaign was in Azerbaijan against FK Qarabag, will return to the country to face Maurizio Sarri’s side in the final on Wednesday, 29 May.