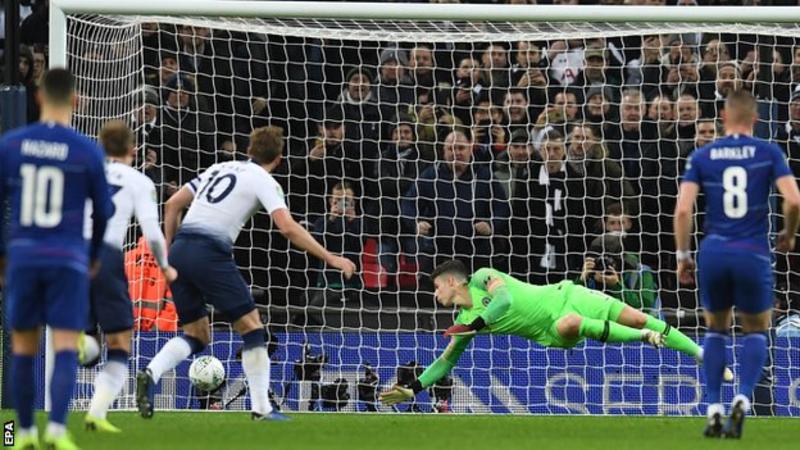 Spurs and Chelsea both had chances in a fiercely fought contest and Blues’ manager Maurizio Sarri will feel this tie is still very much alive before the second leg at Stamford Bridge on Thursday, 24 January.

Chelsea hit the woodwork twice in the first half through N’Golo Kante’s near-post flick, and when Spurs keeper Paulo Gazzaniga athletically turned Callum Hudson-Odoi’s deflected cross onto the post.

Andreas Christensen missed a glaring opportunity from six yards after the break while Arrizabalaga also produced a fine save from Kane as this semi-final remains in the balance.