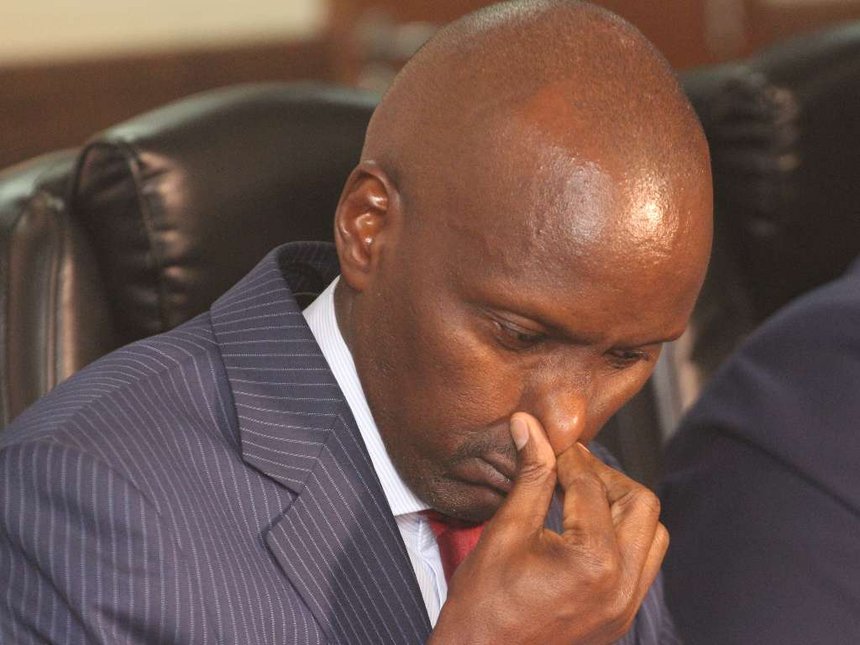 Nairobi, KENYA:Kenya Pipeline Managing Director Joe Sang, is a guest of the state after detectives from the Directorate of Criminal Investigation (DCI) arrested him on Friday.

Sang was arrested alongside his colleagues including former NHIF CEO Simeon Ole Kirgotty over allegations of being involved in a corruption scam.

Sang and the other suspects are being held at the Muthaiga police station.

This comes even when, Sang had announced he would be leaving the company, with the KPC board calling for an urgent internal audit in the procurement process.

Sang submitted a letter to the KPC board on Wednesday indicating that he would not be seeking a new term as managing Director next year.

On Friday, the corporation announced Hudson Andambi would take over as the acting managing director.

The arrest started last night on Thursday after the Director of public Prosecution Noordin Haji approved various charges against them.

The Director of Criminal Investigation George Kinoti then ordered his officers to round up all those to be charged.

The matter involves the loss of sh 1.8 billion through wastage and fraud.

KPC allegedly sold old material procured in 2001 to the contractor awarded the tender and claimed to have bought new ones.