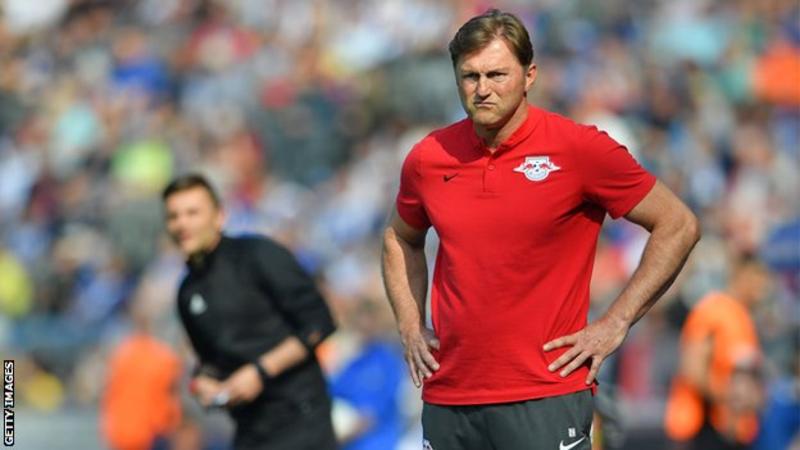 Former RB Leipzig boss Ralph Hasenhuttl has been been appointed Southampton manager on a two-and-a-half-year deal.

Southampton sacked Mark Hughes on Monday, eight months after he took charge of the club, with Saints 18th in the Premier League table.

Austrian Hasenhuttl, 51, has been out of work since leaving Leipzig in May, ending a two-year spell at the club.

“As soon as we met, Ralph’s enthusiasm for football was contagious,” said Southampton chairman Ralph Krueger.

“His hunger to take on a new and challenging job in the Premier League was evident. In our discussions, he quickly aligned himself with the values and the vision of the club.”

Hasenhuttl led Leipzig to a second-place finish in the Bundesliga in his first season in charge, after taking over following their promotion from the second tier.