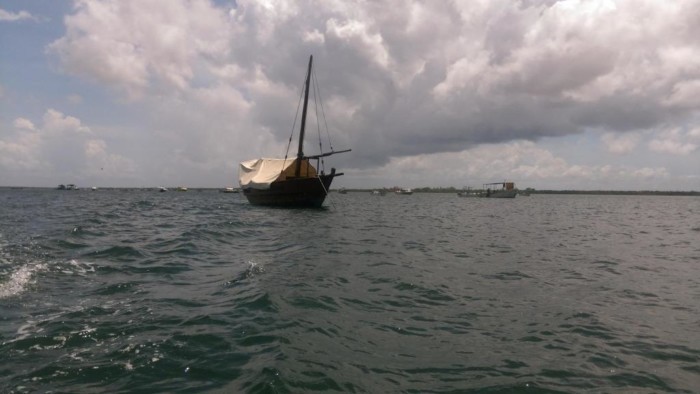 Lamu, KENYA: A young man drowned in the Indian Ocean while swimming with friends at the Shella channel in Shella Beach Town of Lamu Island on Thursday morning.

Joseph Kitsao, 25, had accompanied his friends for a swimming expedition when they were overpowered by rough tides, normally experienced at the Shella Channel, that swept him away.

One of his friends Daniel Kalama, 20, nearly faced a similar fate but survived after he was rescued by local divers who happened to be on the beach at the time of the incident.

The two are from Kilifi county and had just been in Lamu for a month working as casual laborers at a local firm.

“We have reports of a man who drowned while swimming at Shella Channel. The body has been taken to the Lamu hospital mortuary. His friend who almost drowned but was rescued by divers is also recuperating at the hospital. His family has already claimed the body,”said Londo.

A friend of the deceased Nelson Mumba said “the guy had just come some weeks ago to visit his brother who works as a laborer at the LAPSSET site but while here he also managed to secure a casual job for himself. Its unfortunate and his family is devastated.”

The OCPD reiterated a warning asking people not attempt swimming in renowned danger channels in the Indian Ocean.

The Shella Channel is among the deepest in the region and is characterized by immensely rough currents accompanied by strong waves.

Their bodies were recovered from the water at around seven in the evening.