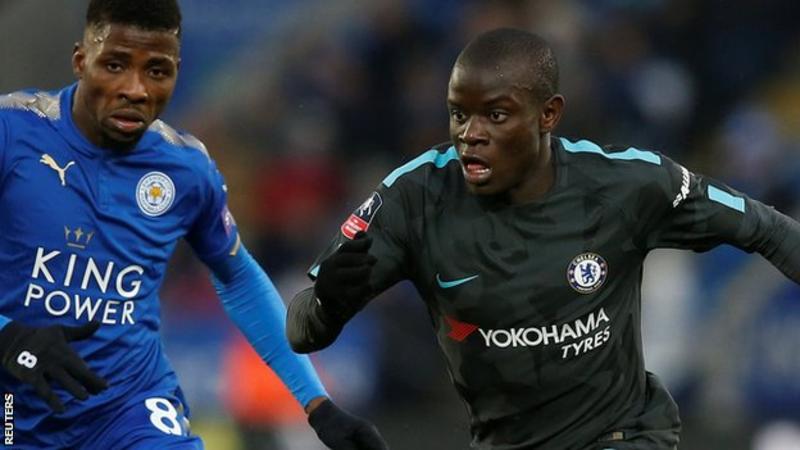 Antonio Conte’s side dug deep after the midweek Champions League defeat in Barcelona to keep their hopes of silverware alive as they survived an attacking assault from The Foxes.

Alvaro Morata took Willian’s pass in his stride to beat Leicester keeper Kasper Schmeichel in composed fashion to give Chelsea the advantage just before half-time.

But Jamie Vardy made amends for a poor headed miss when he pounced in a goalmouth scramble for a 76th minute equalizer.