Kilifi,KENYA: Kilifi governor Amason Kingi and seven Mps were on Tuesday arrested and detained for nearly one hour at Ngerenya Administration police station.

They said they had gone to Ngerenya to distribute relief food to residents following the ongoing hunger in the County due to low yields, but police from the nearby AP camp pounced on them.

“I have been very much shocked to see a lorry carrying police officers blocking my way to head to the ground to distribute food to my people,” said Kingi.

“For sure what happened today here is an indication that we are less important to the national government. This should have not happened to an independent nation. We will be here tomorrow to issue the food because the police disrupted the whole issue here today,” he added.

Ganze Mp said the incident has sparked secessionist ideas.He said it is infringement of the rights of the people of Kenya.

“It’s the right for every Kenyan to have access to food and as government we had come here to give food to our people. 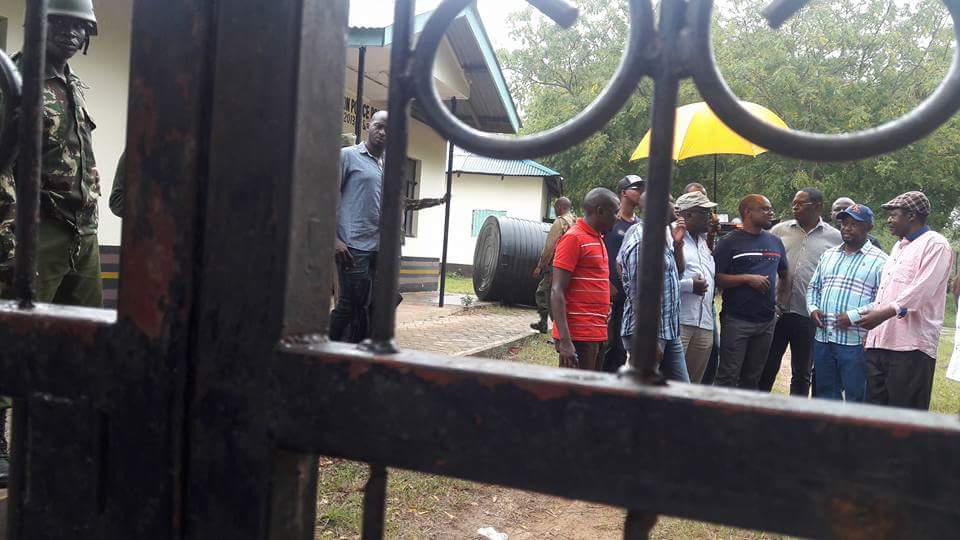 This is an indication that we are not one with Kenya and we vow to even concentrate much on the bill to secede from this nation so as our people could get their rights,” he said.