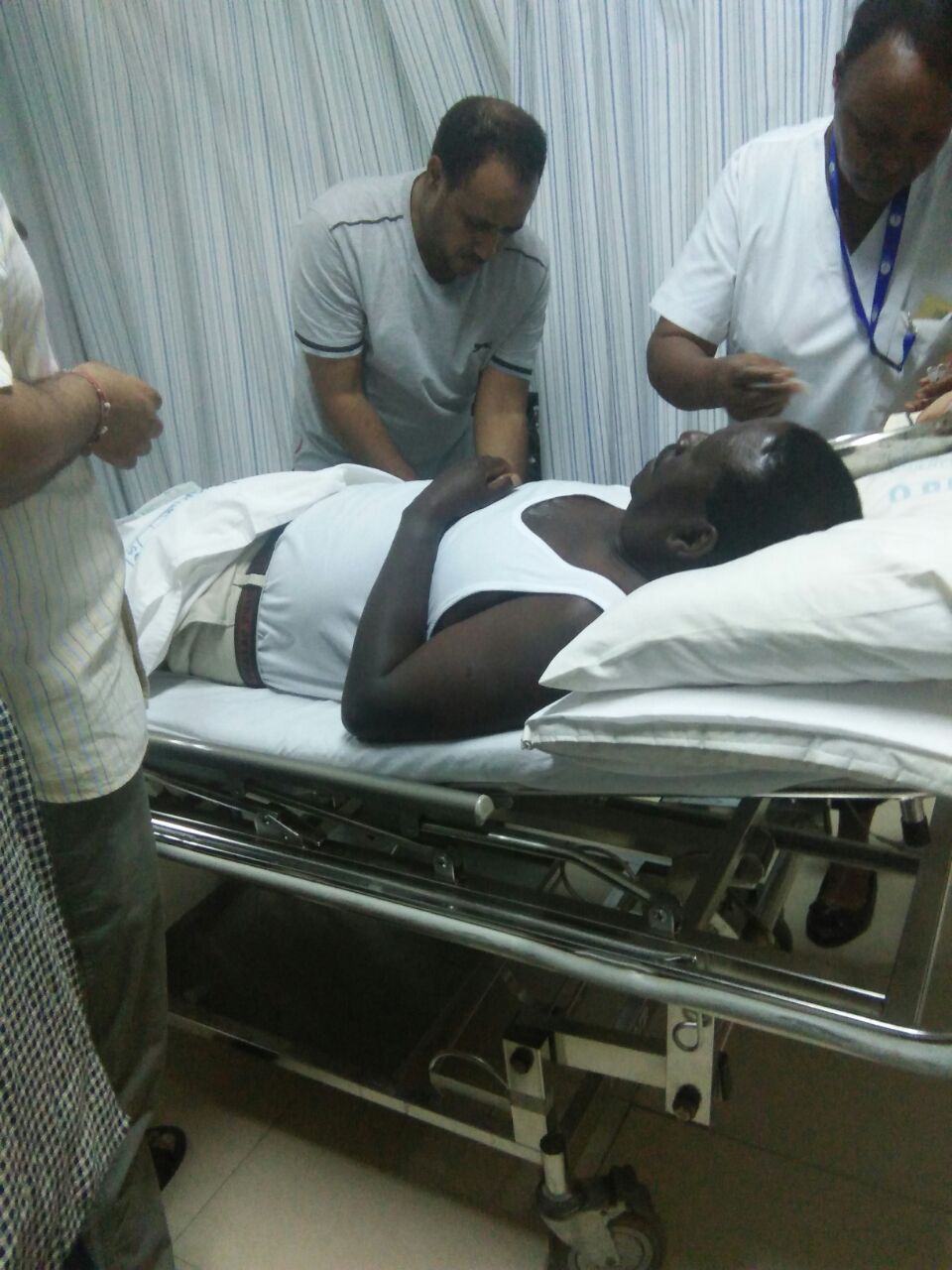 According to a statement sent to newsrooms by Odinga’s advisor Salim Lone, Odinga was just about to board the flight to Nairobi when he felt unwell.

“This is a brief to indicate that while at the Mombasa Airport to take a flight back to Nairobi the NASA presidential candidate Raila Odinga felt slightly unwell. His colleagues with him, including Mr Kalonzo Musyoka, Mr Musalia Mudavadi, Mr Moses Wetangula and Senator James Orengo decided that it was best that a doctor examined him before Mr Odinga took the flight to Nairobi.” Read part of the statement.

Mr. Lone however confirmed that Mr. Odinga was not in any serious harm.

“There is absolutely no reason for anyone to worry about Mr Odinga’s health. We will send out another note shortly updating you on Mr Odinga’s plans.” Concluded the statement.

Addressing the media supporters after he was discharged, the NASA presidential candidate said he had been suffering from dehydration.

“It was nothing serious, the doctor said I was suffering from dehydration and they gave me water and as you can see I am as healthy and there is no cause to worry,” he said.