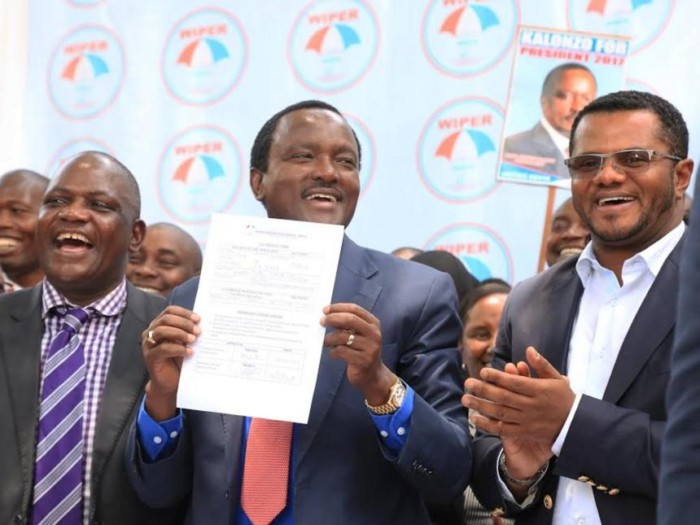 Speaking during a delegates meeting at Bomas of Kenya in Nairobi on Monday, Musyoka insisted that he is a preferred candidate for the top seat, assuring party members that his party is committed to strengthen the NASA coalition.

“And if you know you put Kalonzo there and Jubilee goes home why a you wasting time. If you know the truth why are u delaying.And when I say that no one should construe that I Stephen Kalonzo Musyoka has any other intention other than taking Jubilee home .”Kalonzo said.

He said that his strong stand to fight for NASA candidature does not mean that he will go for it alone indicating that everybody has an equal right for the presidential candidature in the coalition.

“At 63 years of age why would I delay the decision to become the president .Why tell me ?”He said.

He slammed TanaRiver governor Hussein Dado for ditching Wiper for Jubilee, urging him to brace himself for the August’s polls as the party gears up to fill a candidate to face Dado.