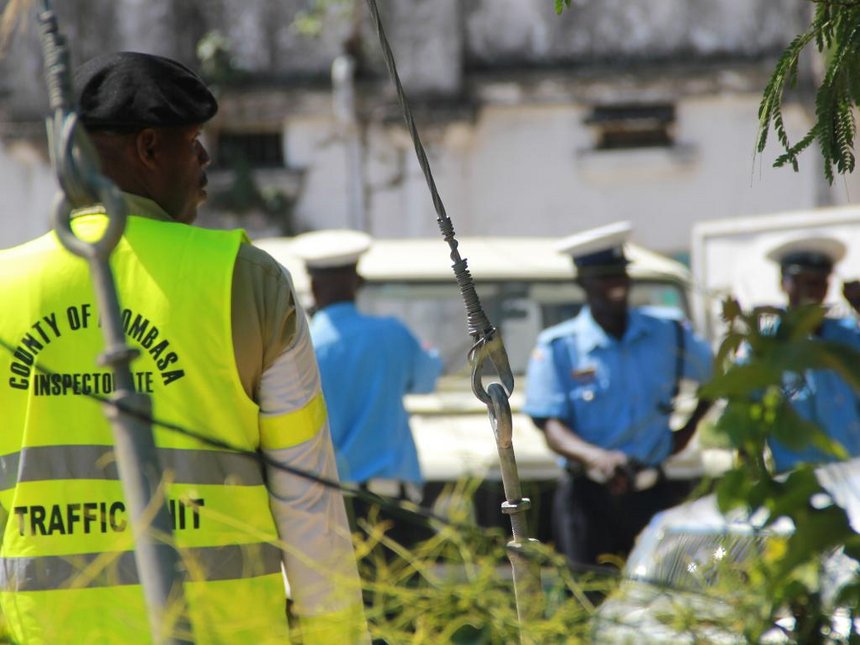 Mombasa,KENYA:There was drama in Mombasa as traffic police officer attempted to arrest a driver for allegedly flouting traffic rules

According to an eye witness, confrontation ensued between the officers and the driver as they attempted to handcuff him while still on the steering wheel.

The driver of the 14 seater matatu claimed that the four officers were harassing him after they ordered him to park his vehicle besides the road.

He says he was stopped because his matatu had a cracked wind screen but the officers tried to take away his car keys.

The incident along Malindi-Mombasa highway next to Kongowea market popularly known as “lights” attracted hundreds of onlookers.