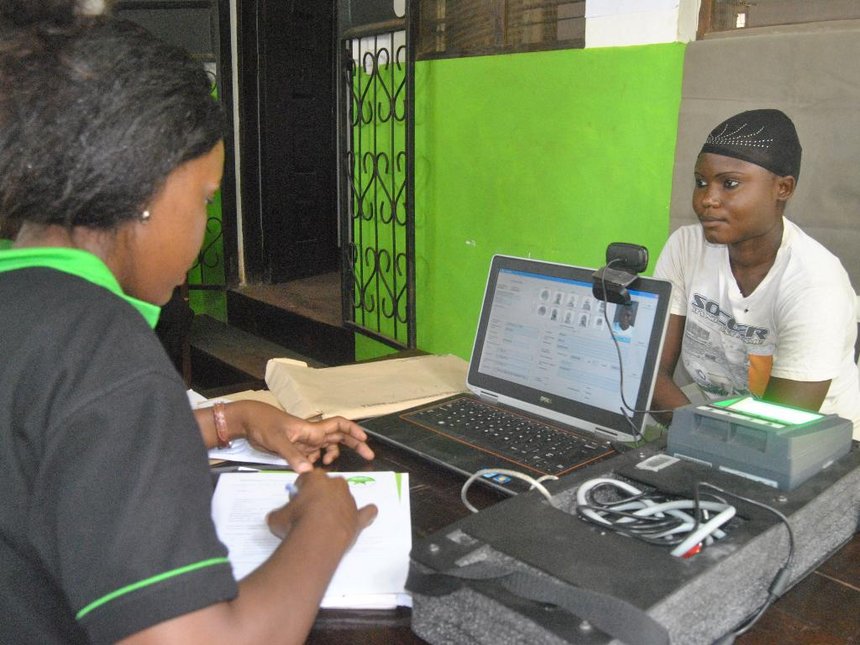 Mombasa, KENYA: Human rights organisation HAKI Africa has embarked on a campaign aimed at sensitizing the public on the ongoing mass voter registration.

Speaking during the official launch of the program on Thursday, Haki Afrika executive director Hussein Khalid, said in collaboration with the IEBC, they will mobilize citizens to make sure that at least 2 Million people are registered in the Coast region.

He added that apart from sensitizing the public to register as voters, they will also be preaching about free, fair and peaceful election.

Mr. Khalid added that they will go in each County in the coast, mobilizing residents to come out and register.

“We have appointed 50 young men whom we call peaceful election scouts, whom in collaboration with IEBC, will be going out in the field sensitizing people to come out and register,” said Khalid.

He added that they have already arranged with the election commission to go into mosques, churches and places with gatherings in order to register more people.

In attendance during the launch, was South Coast IEBC coordinator Gogo Nguma, who expressed concern over the low turn up of residents.

Nguma said Mvita constituency has so far recorded the lowest turn up in Mombasa, with only about 200 hundred new registered voters.

Nguma said this is despite allocating the area with 15 BVR kits, three per ward.

“The uptake is still low, but we shall be going in those places, mobilizing people to turn up to be registered. We have also recruited voter educators in every ward, to mobilize people,” said Nguma.