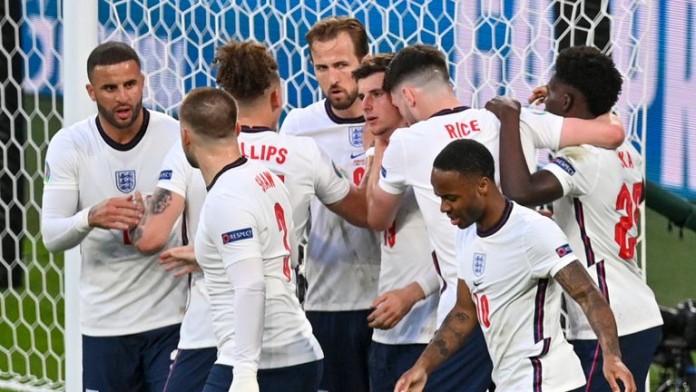 England will now face Italy in Euro 22 finals to be played at Wembley, London on Sunday.

This is after England ‘s broke its 55-year jinx to reach a major men’s final after victory against Denmark at Euro 2020, on a night of nerve-shredding tension then unconfined joy at Wembley.

Gareth Southgate’s side were on a mission to travel one step further than any England side had done since the 1966 World Cup final win against West Germany, and they finally achieved the long-cherished goal as they came from behind to triumph in extra time.

But they replied quickly as Denmark captain Simon Kjaer turned in Bukayo Saka’s threatening cross six minutes before the break.

Schmeichel was Denmark’s hero as the hosts sought the winner, saving brilliantly from Harry Maguire and Harry Kane as the game went into extra time and the prospect of penalties loomed large.