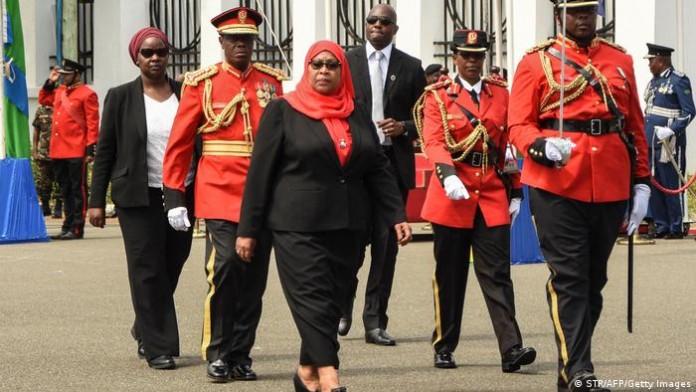 In a media briefing led by Haki Afika executive director, Khalid Hussein, they said Tanzania has to release 200 civilians who are still in detention while applauding her recent move to pardon and order the release of 5000 prisoners.

According to Khalid, the move would fast track the transition in Tanzania.

Human rights defenders, journalists and political activists are in jail after they were arrested towards the 2020 Tanzania generation elections.

“On the same breath from our partners in Tanzania, we have come to learn that there are still others including human rights defenders, Journalists and political activists who are still incarcerated in prisons across Tanzania.” the statement said

Further they said by doing so the president Suluhu Hassan will open a new chapter in the country by allowing the rule of law, democracy and freedom to prevail.

President Suluhu is in Kenya for a two-day official visit.