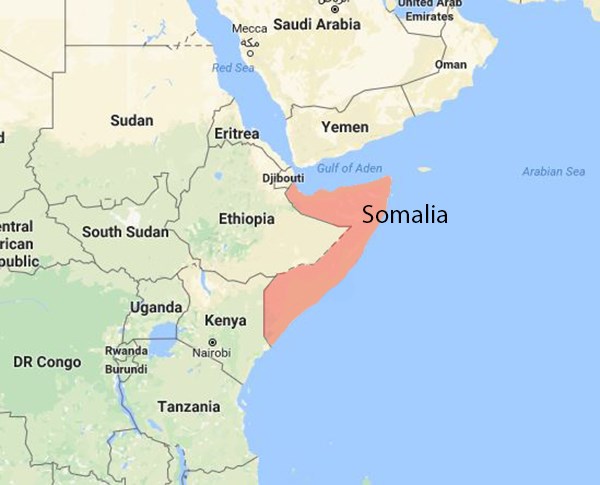 Seven Kenyans who were stuck in Somalia for 70 days are finally home.

They had been stranded at Kiunga after both Kenya and Somalia governments stopped flights and closed their borders following the COVID-19 pandemic.

According to Muslim For Human Rights (MUHURI) Executive Director Khelef Khalifa, the seven were allowed into the country on Monday.

“They had been stuck at Ras Kamboni since April 6th and our attempts to request the government to allow them into the country were futile”, he said.

Khalifa told baraka fm, the Kenyans were received by GSU officers manning Kiunga after walking for 18 kilometers to the border.

” The GSU officers were very good to them, they interrogated them and even gave them food before they were allowed into the country”, he said.

Khalifa also revealed that after entering the country, the seven were evacuated by a chopper to Lamu. The County commissioner Irungu Macharia ordered they be put under quarantine at Mpeketoni secondary school.

“They were taken straight to Mpeketoni secondary school for quarantine today. However, all of them are well”, said Khalifa.

Acording to Khalifa, the seven were taken to Somalia as welders but were engaged in risky activities like cutting exploded bombs for metals.

” They were doing welding work but were laid off after three months with nowhere to go. They suffered alot while at Kismayu”, he said.

Khalifa praised GSU officers at Kiunga saying they offered humanitarian assistance to the stranded Kenyans while castigating KDF personell in Ras Kamboni whom he claimed ignored their fellow nationals.

” KDF ignored them completely. KDF did not even want to see them. Luckily they got aid from Somalia National Army who offered them food from time to time”, he added.