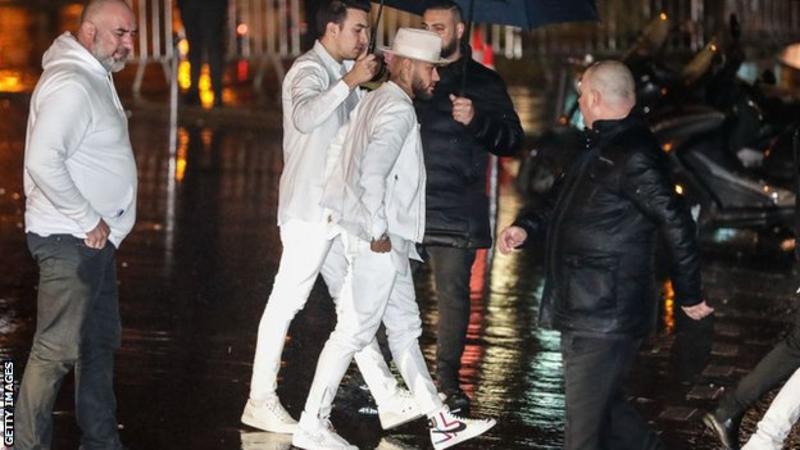 Neymar is out of the Paris St-Germain squad for their league match at Nantes on Tuesday with a rib injury.

The Brazilian, who needed treatment during PSG’s victory against Montpellier on Saturday, celebrated his 28th birthday at a Parisian nightclub 24 hours later.

Manager Thomas Tuchel said his team selection would not be influenced by the timing of the party.

“Is it the best way to prepare for a match? No, clearly not,” he said.

“Is it the worst thing in the world? No,” the German added in his news conference on Monday.

“I always protect my players, and I really love my team. With this party, I accept that it is a bit difficult to protect the players, but the context is not simply black or white,” he said.

“It is a shame, because we are giving people the chance to speak badly of us. We need to adapt to the situation, but I am not going to leave a player on the bench or at home because they went out and celebrated.”