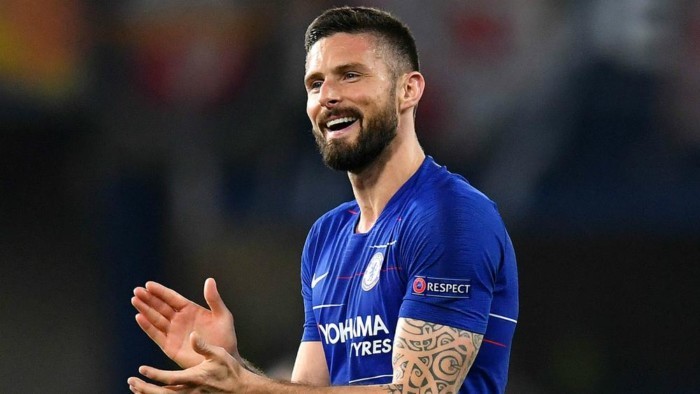 Chelsea striker Olivier Giroud has signed a new contract with the club.

The 32-year-old Frenchman’s new deal extends his stay at Stamford Bridge until the end of the 2019-20 season.

“I am very happy to sign a new contract. I really wanted to stay at least one more year,” he said.

“I have felt a part of the team, the family, since the beginning and hopefully there will be more trophies to come.”

Giroud had been out of contract this summer, which meant he could have joined another club on a free.

The experienced forward joined Chelsea from London rivals Arsenal in January 2018 and has since scored 17 goals in 62 appearances across all competitions.

He has been a key figure in the Blues’ run to the Europa League final, scoring 10 times in 13 outings, as well as providing three further assists.