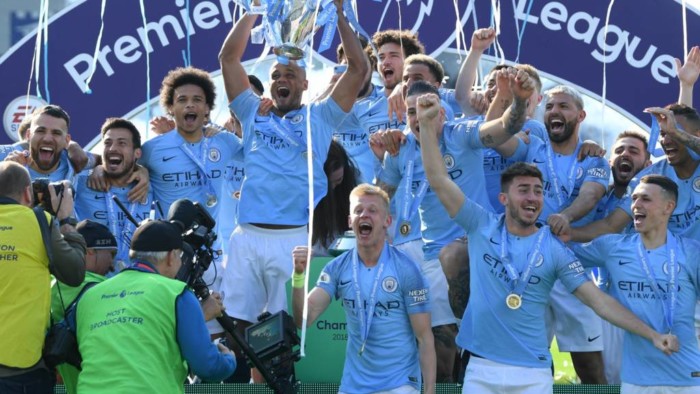 Manchester City boss Pep Guardiola says retaining the Premier League trophy this year was the “toughest” title of his career.

City came from behind to claim a 4-1 victory over Brighton at the Amex Stadium on Saturday and beat Liverpool to the title by one point.

It is the eighth time in Guardiola’s past 10 seasons as a manager that his side have won the league title.

“To win the title we had to win 14 games in a row,” said Guardiola.

“This was the toughest title in all my career, by far.”

Liverpool came to the Etihad in January leading by seven points but were beaten 2-1 by City, their only defeat of the campaign.

Following a 2-1 defeat by Newcastle later that month, City won a league record 14 straight matches to end the season on top.

The Reds finished on 97 points, the third-highest top-flight total in English football history – behind City’s title triumphs this season (98) and last season (100).