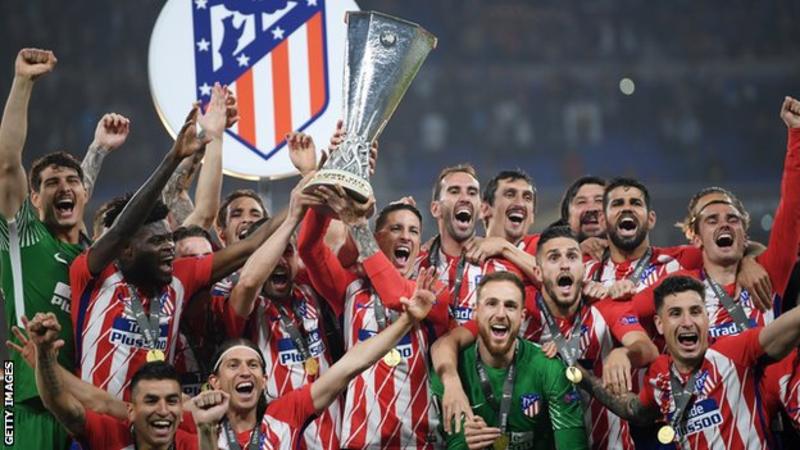 Antoine Griezmann scored twice as Atletico Madrid swept aside Marseille in Lyon to win the Europa League for the third time in nine years.

Captain Gabi drilled in the third goal late on as Atletico again lifted the trophy they also won in 2010 and 2012.

The outcome could have been different had Marseille forward Valere Germain taken an early chance, before Griezmann’s lethal finishing allowed Atletico to take control.

Marseille skipper Dimitri Payet, an injury doubt before the game, lasted just half an hour before hobbling off in tears.

Without their inspirational midfielder, the French side caused Atletico just one major scare as ex-Fulham striker Kostas Mitroglou headed against the post.