The late Socialite Agnes Masogange’s funeral on Sunday brought together many celebrities including Diamond Platnumz and Ali Kiba who had a rare encounter during the ceremony.

The late socialite and video vixen died while undergoing treatment in a hospital in Dar es Salaam.

The two legends (Diamond & Ali Kiba) have received love, hatred and criticism from their fans in equal measures and have been thought to be having bad blood and not seeing each other eye to eye.

The two left many fans in mixed reactions as they shook hands something their fans had always looked forward to.

Though fans have come out to say the handshake looks like a forced one as it was a weird kind of handshake. 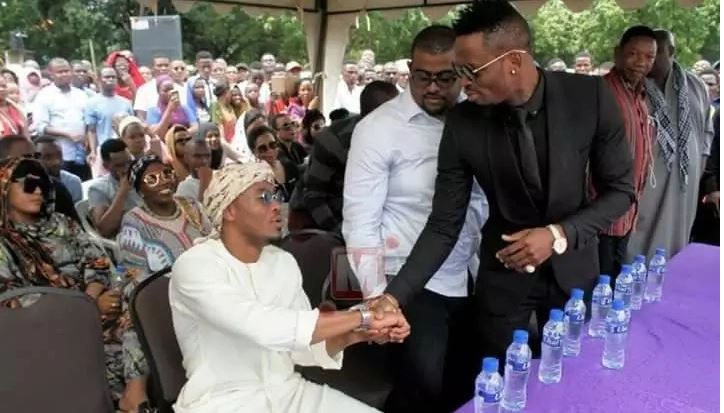 Diamond had earlier congratulated Kiba on his marriage.

Diamond had recently spoken on Times FM’s The Playlist which is hosted by Lil Ommy and he set the record straight that there has never been beef between him and Alikiba, but blamed it all on people who don’t mean well for them.

Diamond also added that beefing with a fellow musician will add no value to him whereas Ali Kiba on his part has spoken nothing concerning the matter.