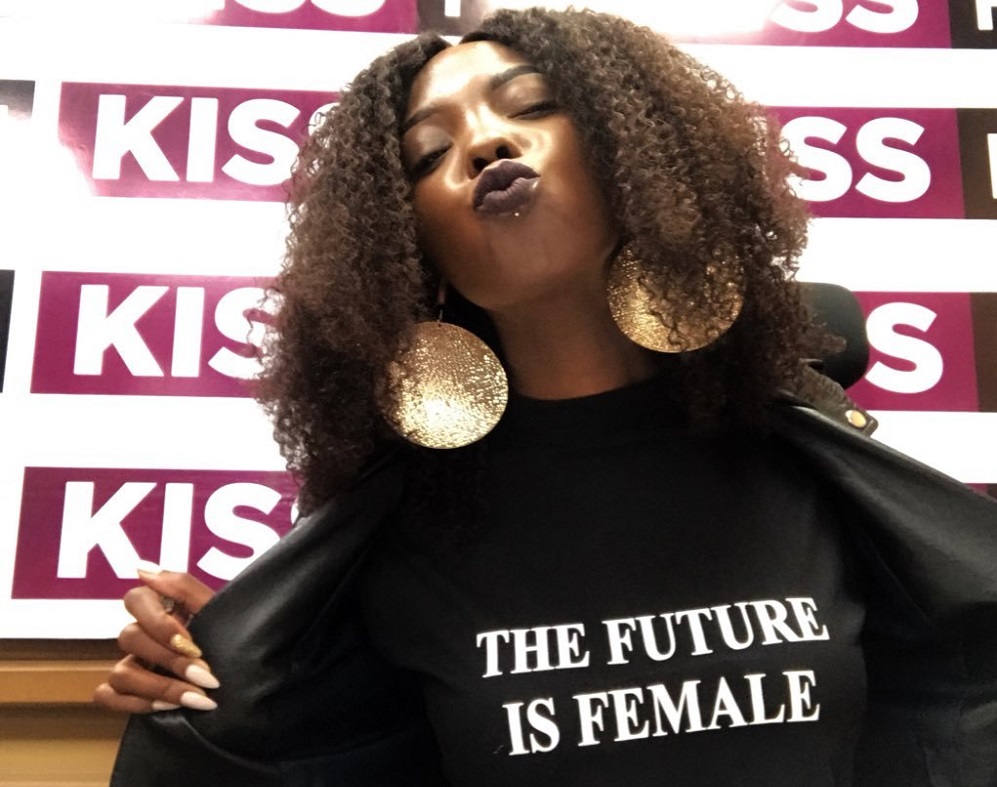 Controversial blogger Cyprian Nyakundi is once again under the wrath of Kenyans on Twitter(KOT) after he ruthlessly hit  at radio queen Adelle Onyango following her tweet against rape.

Adelle went on Facebook and hit back at Nyakundi for turning her post that was meant to oust rape culture into one of instigating rape and women objectification.

She continues to say, “I will not let you dim my light or my message. You have turned a powerful anti-rape message into one about YOUR sexual preferences. This is not about who will have sex with you or who you want to have sex with Cyprian this is concerning the fact that in 2008 the Crime Scene Investigation Nairobi reported that there were 40,500 rape cases in Kenya”

Adelle concluded by encouraging women. ” Soon the day is coming where our femininity as women will be valued in itself and not in its relation to masculinity, it seems today is not that day but until then we keep up the work and keep doing dope things.”

On Saturday, Blogger Cyprian Nyakundi set the internet ablaze after uttering horrifying comments aimed at Adelle Onyango who held a TED talk speaking out against the growing rape culture.

“Adelle Onyango gave a powerful speech against the rape culture. Pardon me for my ignorance, but who in their right mind would want to rape, let alone have consensual sex with her? Asking for a friend.” Nyakundi wrote. 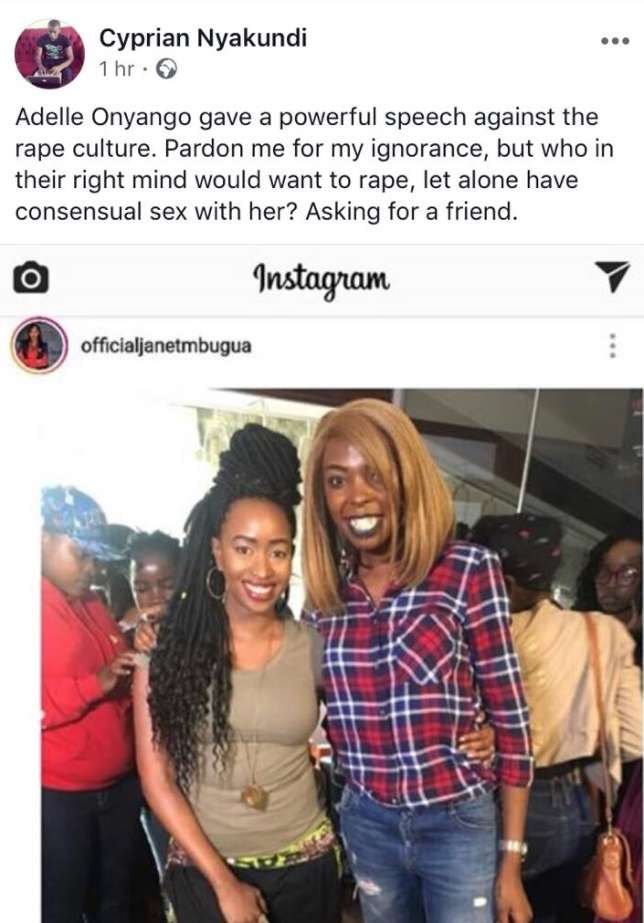 However, it seems as if Nyakundi is not about to stop his objectification anytime soon as he went ahead and posted this on his blog.

”Nyakundi is a victim of feminist-rage, yet the truth is that today, no woman has gotten her corporate job in Nairobi through merit. It is common knowledge that many have had to part with sexual enticements, in-order to achieve the “success” they brag about today. Because that form of sexual abuse is “acceptable,” hypocritical feminists will choose to give it a wide berth, and focus on the aggregated presumption that all “Men Are Trash” .”