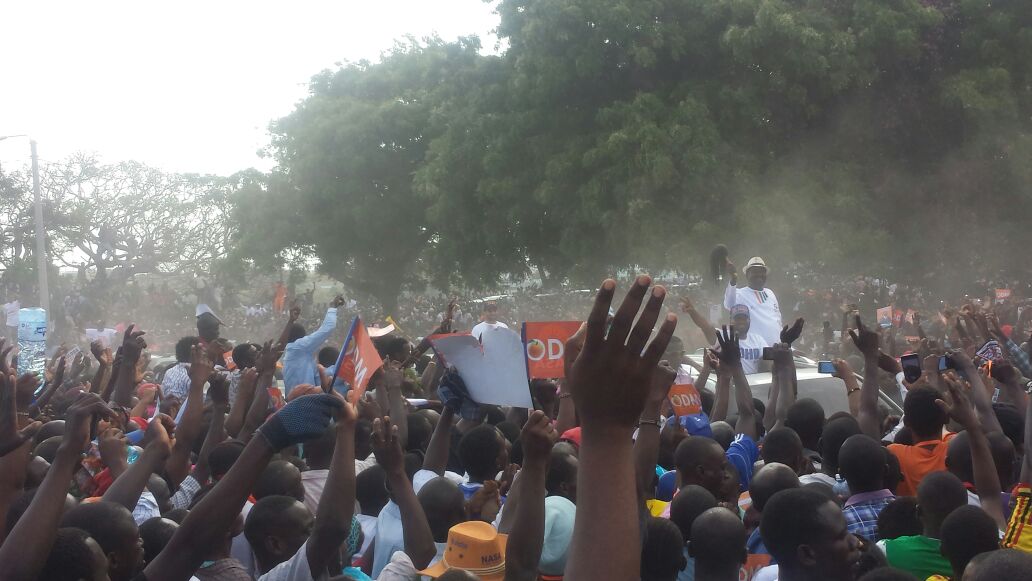 Opposition chief Raila Odinga has denied claims he is positioning himself for a grand coalition government popularly known as “nusu mkate”.

He defended his recent trip to the United Kingdom revealing that he went to state his position over the sham elections held in August.

“Between Kenyatta and I, who serves foreign masters? Not me. Those allegation are nonsensical”, said Mr. Odinga.

Mr. Odinga also alleged that the Independent electoral and boundaries commission (IEBC) is afraid to open its servers as it would have shown that he won the August 8 presidential elections.

“Had the servers been opened, it would have shown I won. In fact there would be no need for repeat elections”, said Mr. Odinga.

Mr. Odinga further reiterated that he will not participate in repeat polls unless IEBC yields to his demands of firing the CEO Ezra Chiloba and other officials who bungled the August elections.

He also cautioned President Kenyatta against threatening the judiciary saying Kenyans will teach him a lesson instead.