Namibian Big Brother winner Dillish Mathews who has for the past few weeks been linked to Tanzanian singer Diamond Platnumz could be pregnant.

This was after the singer posted a photo of a baby bump while on vacation in Qatar. 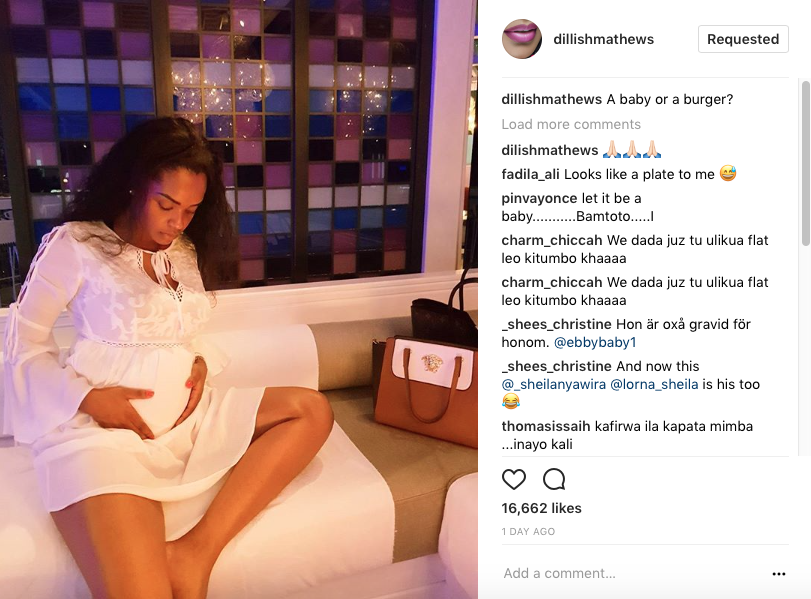 However the photo has raised doubts as Dillish looked flat when she visited Zanzibar around two weeks ago.

Diamond has denied any links to the Namibian beauty however fans were quick to link him to the beauty after they posted photos of themselves in almost the same helicopter at almost the same time.

Diamond’s baby mama Zari Hassan was also quick to hint at her less of concern over a cheating on snapchat the same week that Diamond is rumored to have spent the week with Dillish.

However its is not known if Zari was talking about Dillish or Hamisa who Diamond later confessed to have fathered a baby .

Dillish has had an on and off affair with his Namibian businessman boyfriend Steve Gaeseb and she has also been linked to Nigerian singer Flavour and fellow housemate at the big brother house Melvin Oduah.