Muslim all over the world will be marking Idd-ul-Adha.

However, non-Muslims have been ordered to report to work on that particular day. 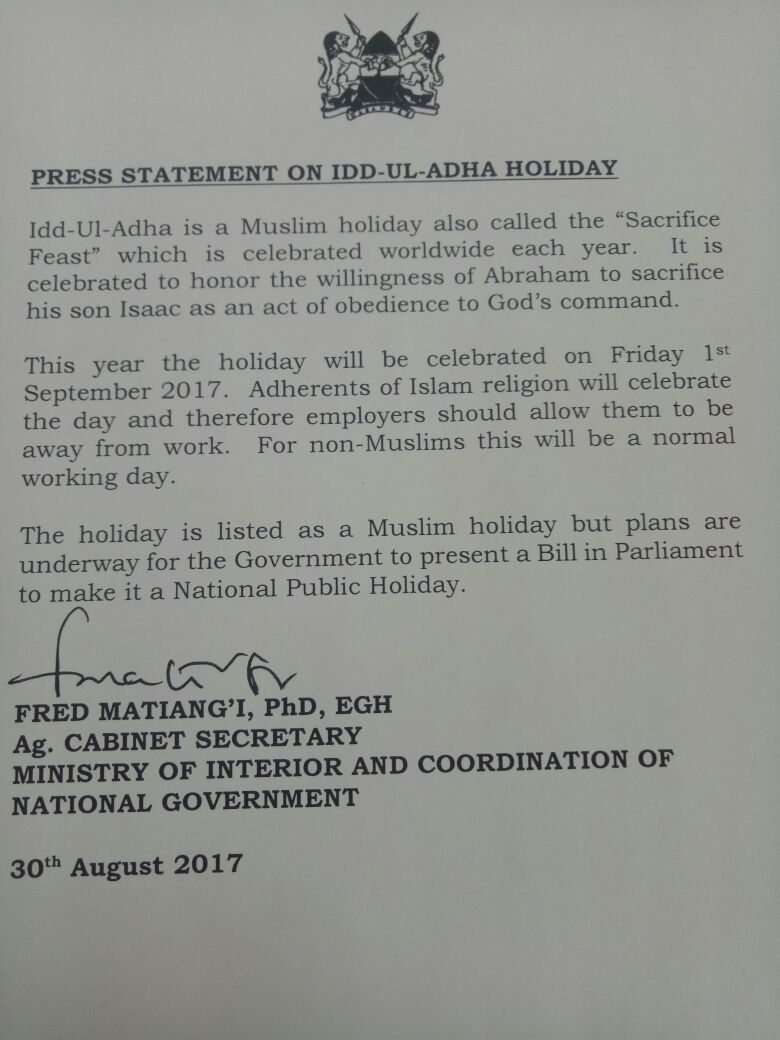 Gazzette notice from the ministry of Interior

According to wikipedia, Eid al-Adha ‘Feast of the Sacrifice’‎, also called the “Sacrifice Feast“, is the second of two Muslim holidays celebrated worldwide each year, and considered the holier of the two. It honors the willingness of Ibrahim (Abraham) to sacrifice his son Ismaeel, as an act of obedience to God‘s command.

Before he sacrificed his son God intervened by sending his angel Gabriel), who then put a sheep in his son’s place.

In commemoration of this, an animal is sacrificed and divided into three parts: the family retains one third of the share; another third is given to relatives, friends and neighbors; and the remaining third is given to the poor and needy.

Eid al-Adha is the latter of the two Eid holidays, the former being Eid al-Fitr.