“Fashionista in the making #tiffahdangote”

Zari was quck to comment in the photo correcting it . 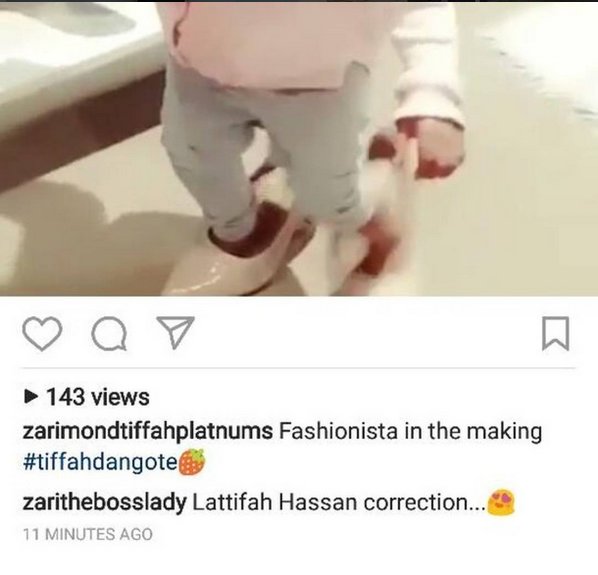 It is not clear what prompted the mother of five to make such a comment but many suspect that tension between the her and Diamond Platnumz could be the cause of such action.

Zari is currently in Uganda where her mother is admitted at the ICU in Nakaliro hospital in Kampala while Diamond spent the weekend throwing her mother Sandra ‘Sanura’ Kassim a birthday  party .

However fans of the couple have become accustomed such rumors of a breakup.