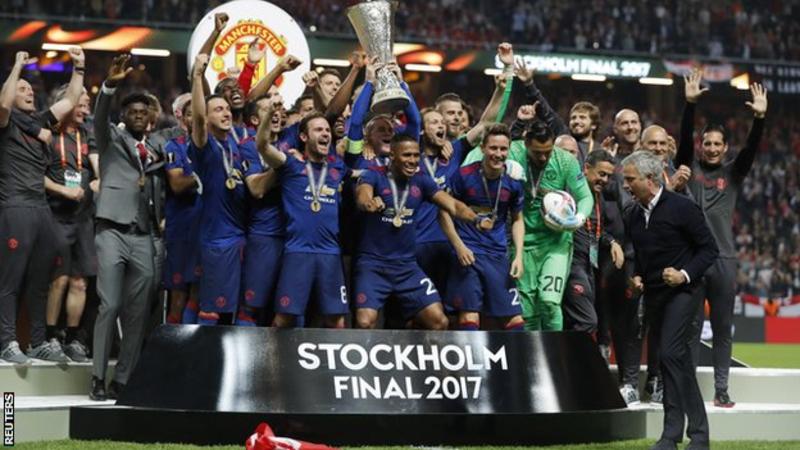 Paul Pogba’s deflected shot put them ahead in the 18th minute.

Later in the 48 minute, Chris Smalling’s header at a corner met Henrikh Mkhitaryan in front of goal with the midfielder wasting no chance to put the game out of reach for Ajax.

It was Mkhitaryan’s sixth Europa League goal of the campaign.

Chants of “Manchester” rang around the Friends Arena in tribute to those who died following an attack which killed 22 people at Ariana Grande’s concert at the Manchester Arena on Monday.

Ajax coach Peter Bosz blamed his sides’ loss on stage freight saying it would be understandable for his young side to feel nervous – and his fears were confirmed as they were never able to show off the full extent of their glittering promise.

Six of the starting line-up were 21 or under in the youngest 11 to start a major European final, with an average age of 22 years and 280 days. In defender Matthijs de Ligt, they had the youngest player to feature in one at 17 years and 285 days.