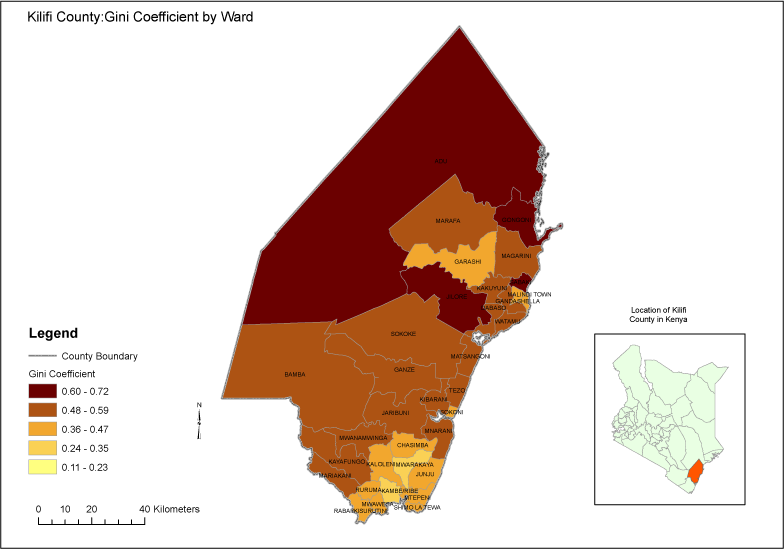 Kilifi County Surveyor David Kiama told Baraka FM on Monday that an estimated 185 hectares of land will be sub divided to squatters in Kilodi A and B settlement schemes.

Kiama said the team is expected to finish the whole process from establishment of the perimeter boundary in order to get the working area to publishing of the map, that will be used to process title deeds in one month time.

“A team of eleven officers from both the national and county government will conduct the exercise, starting today,” said Kiama.

“We want to take the shortest time possible and in one month we will be through with this exercise so the squatters should expect their title deeds in late March or Early April,” added Kiama.

Selina Maitha, Kilifi Deputy County Commissioner urged the community to ignore the previous survey which was conducted by a private surveyor hired by the County Government before the team was dispatched.

Maitha said some members in the settlement scheme claimed the exercise was not fare enough and a number of them could not be involved because they could not raise Sh. 300 for the committee members.

“Everyone must know that whatever happened in this area before today when we commence the adjudication process is null and void. We will not go by anything out of what the team on the ground will come up with,” said Ms. Maitha.

The Deputy Commissioner asked the community to settle disputes among themselves for the surveyors to have easy time when on the ground.

Ms. Maitha warned chiefs and their assistants to distance themselves from demanding for cash before they assist people during the process.

“No chief, assistant chief or the committee members is allowed to charge anything from anyone. People are not going to contribute money for your facilitation but your welfare will be taken care of by the team you will be working with,” she said.

However, Kilifi Governor Amason Kingi  has on several occasions blamed the national government for its delay in issuance of title deeds to residents living in more than 25 Settlement Schemes and adjudication sections, that the county completed its survey and forwarded the list of beneficiaries to the Ministry of Land.

“There are still many challenges when it comes to handling land matters in Kilifi County. We have more than twenty five settlement schemes and adjudication sections that our department of land has worked on them but no response up to date,” Kingi was quoted saying in one of his public Barraza’s.

Kingi said that it is unfortunate that the national government through the Ministry of Lands is not working on the same pace with the County government and it is slow in releasing title deeds.