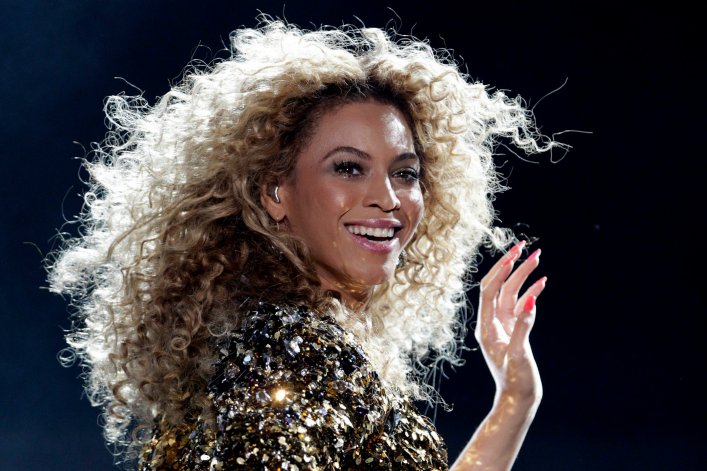 Beyoncé Gisele Knowles-Carter shocked her millions of fans popularly known as the Bey Hive by revealing she is expecting a set of twins.

Mrs. Carte‎r, 35, took to Instagram on Wednesday afternoon  to drop the juicy revelation that her daughter Blue Ivy Carter would be having siblings in the next few months.

Wearing a bra, knickers and veil,  she posted a picture of her showing her growing baby bump surrounded by an elaborate display of roses.

“We would like to share our love and happiness,” she wrote in the caption. We have been blessed two times over. We are incredibly grateful that our family will be growing by two, and we thank you for your well wishes. – The Carters,” she said on her Instagram.

‎This is not the first time that the ‘Crazy In Love ‘ hitmaker is making surprise announcements.

On December 2013 she dropped a surprise visual eponymous album which was the fastest selling album on I Tunes.

April 2016 she dropped ‘Lemonade ‘ which topped ‎charts bordering on the themes of infidelity .

Question is whether the infidelity rumours were a publicity stunt since the Queen Bey herself has not addressed officially the Becky with the good hair lyrics on her song ‘ Sorry ‘.

Whether a stunt or not Beyoncé has a habit of keeping her issues hush hush and converting every project to gold.

Wonder how she managed to hide her twins for that much time.

Anyway more blessings befall the 20 time Grammy winner as ‘Lemonade ‘ has been nominated for 9 ‎Grammy awards including Record of the year, Song of the year and Album of the year.