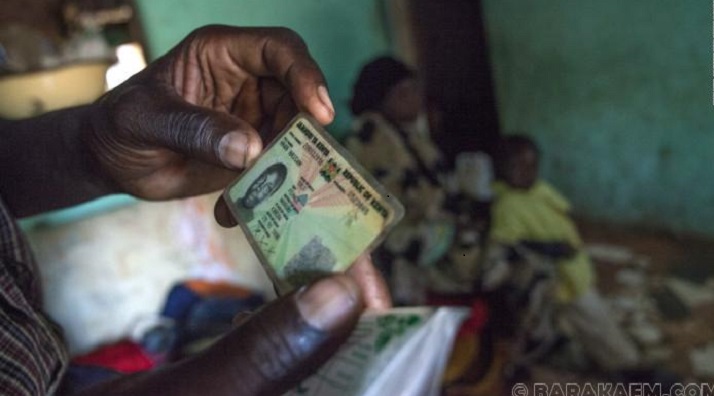 Kilifi, KENYA: Kilifi county commissioner Joseph Keter has ordered chiefs on duty and those on leave to report back to work so as to assist in issuance of identification cards.

Keter said there are many identification cards that have remained uncollected in various registry offices in the entire county.

Speaking to journalists during a press briefing on Wednesday in his office, Keter said they had to intervene to ease the exercise so as to  allow residents to register as voters before the lapse of the voter registration period scheduled for 15th February 2017.

“As up to two weeks back we had a total of 6,731 uncollected IDs in the department of registry of persons. Last week, we received another batch of 2,325 more IDs from Nairobi raising the number of the uncollected IDs to 9, 056,”said Keter.

He said the directive would see the chiefs going round from village to village using their motorbikes to issue the documents.

The commissioner also warned politicians against inciting people as Kenyans prepare to vote in the August 7th general elections.

He said it is sad that some politicians are already inciting people to engage in violence; even before the official campaign period.

He asked the National Cohesion and Integration Commission (NCIC) to start investigating hate mongers and take appropriate measures against them.

“I want the NCIC to take this matter with a lot of seriousness and concern, how can a leader go and tell the public to heckle other leaders during campaigns? That is unacceptable. ” said Keter.

Last week, NCIC said it was planning to train 1,000 police officers by July on how to monitor war and hate mongers and collect water-tight evidence against them ahead of the August 7 elections.

“We have so far done trainings in 24 counties and we shall do similar trainings in the remaining counties. We have trained 250 police officers but our target is between 800 and 1,000 officers,” added Francis Ole Kaparo, the Commission’s chairman.