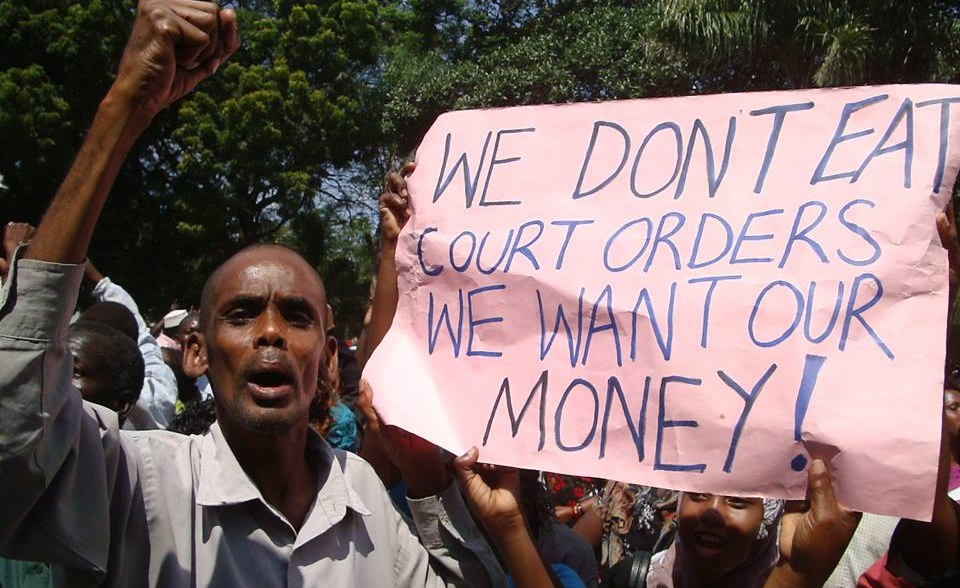 Mombasa,KENYA:University students have now threatened to go on strike to force the government to end the ongoing Lecturers and University worker’s strike, which entered its second week on Monday across the country.

The learners said the strike will occur should the government fail to move with speed to ensure that lecturers resume teaching.

On Monday student from Technology University of Mombasa TUM held a peaceful demonstration demanding government’s intervention over the strike that has paralyzed learning in public Universities.

Job Oyoo, a medical student, bemoaned the strike saying they are yet to start classes despite resuming school on 9thJanuary.

‘’We paid all our semester fees when we were reporting for opening.we paid for hostels now all these are being wasted just because of the ongoing strike,’’he lamented.

The students also castigated the government for putting emphasis on voter registration exercise instead of ending the strike.

‘’We want the Government to stop putting much of its efforts on voter registration mobilization but rather address the strike issue which has become the norm in this country,’’ he added.

University academic staffs Monday declined Education CS Fred Matiang’i directions to have them suspend the strike and engage in negotiations.

They instead proceeded with their strike vowing not to relent until when the government will agree to sign and implement suggested 2013-2017 CBA agreement.