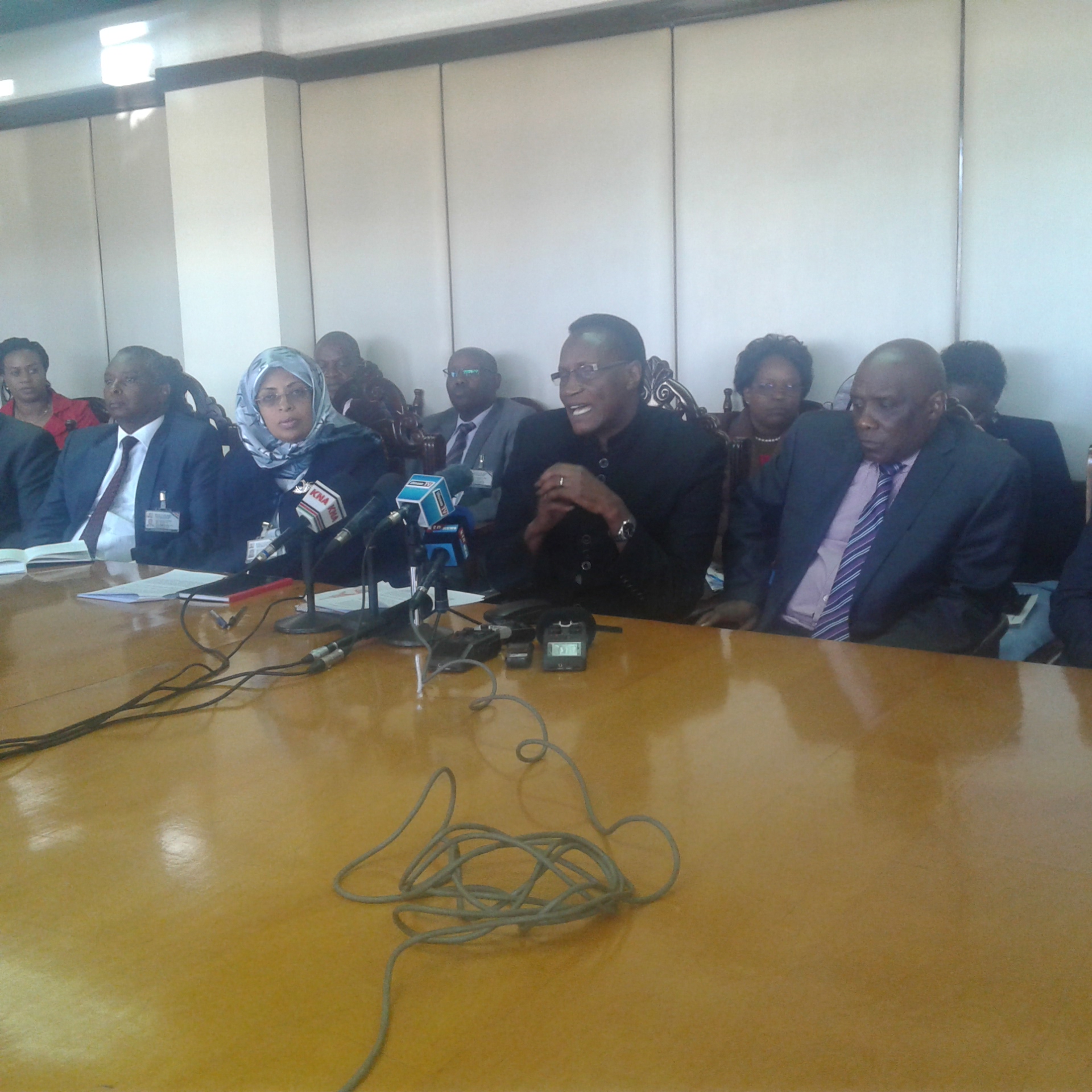 In a media briefing in Nairobi on Wednesday, Prof Kaimenyi said the said certificates issued from 2013 are genuine dispelling the court that said the title deeds are illegal.

The CS dispelled reportage that the court declared the titles illegal indicating that the court gave a window period of 12 months to formulate regulations and forms in order to comply with the law.

Following the courts’ directive Prof Kaimenyi has been obliged to form a task force which includes state law office, national land commission, ministry of lands and physical planning, institute of land surveyors and law society of Kenya to oversee the matter.

“On 13th January 2017, I appointed and gazette a task force to carry out the said exercise within 2 months.” He said.

He also warned that misinformation on the matter might erode investors’ confidence in the land sector.