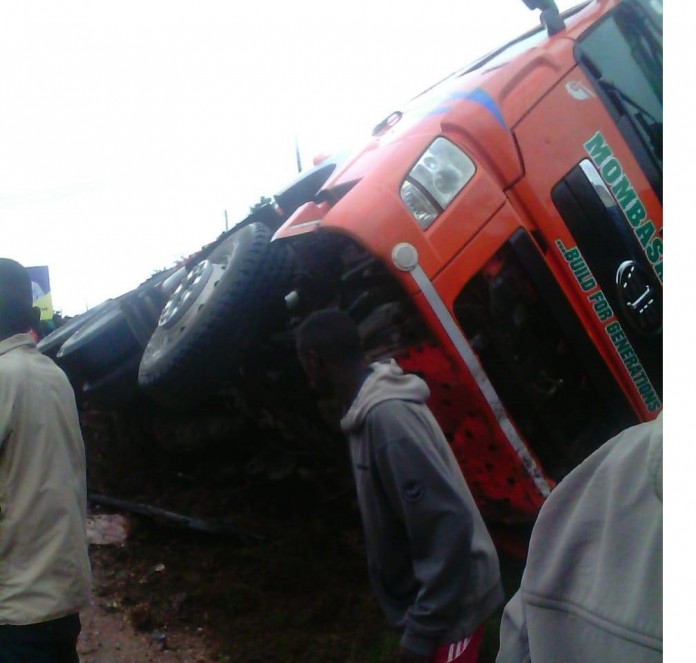 A family in Kaloleni, Kilifi County is mourning their daughter who was crushed to death by a lorry.

The girl was walking to school early morning when the lorry fell on her and crushed her to death.

The lorry-branded with Mombasa cement logo- is said to have lost control after hitting a pothole before crushing the form three girl walking to Kizurini Secondary School.

A witness James Kimathi, said an coming truck lost control after hitting a ditch before crushing the school girl.

” Two trailers were coming from opposite direction before one of them lost control and veered off the road where the girl was walking to school’, he added.

According to locals, that stretch of road is rampant with such accidents which have claimed lives of residents.