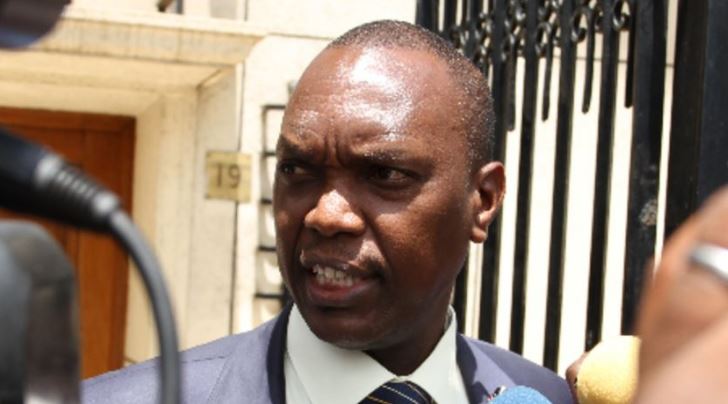 Ndaragwa Mp Jeremiah Kioni was heckled by mourners at the burial of  ANC leaders’ mother Musalia Mudavadi’s in Vihiga County.

Kioni was heckled on allegations he did not vote for him in the 2013 presidential election.

Kioni was Mudavadi’s running mate in the presidential election where they lost to President Uhuru Kenyatta.

After the elections, social media was awash with rumors that Kioni abandoned his candidate at the ballot and did not vote for him in his Ndaragwa Constituency.

Mudavadi had to intervene and stood beside Kioni at the podium amidst the heckles,  allowing him time to clear the air about the allegations.

Kioni termed the allegations as a lie blaming national media stations for spreading the rumours.

He revealed that Mudavadi called him to clear the air on the issue which he did.

“ I told Mudavadi those rumours were lies. Some individuals decided that they knew who voted for who and who did not. Those are lies,” he stated.

Mama Hanna Mudavadi was buried in her Mululu home.