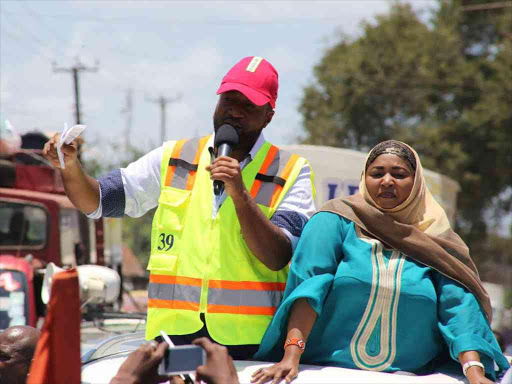 Likoni Mp Mishi Mboko urged other leaders from Coast to recognize Joho as the region’s spokesman.

Speaking in Tana River, Mboko said Joho deserves the title as he has all the qualities of being their Kingpin and spokesman.

She further added that Joho’s political seniority puts him ahead of other politicians clamouring for the position.”

“Joho is smart. He is rich, eloquent, and very brave. Nothing will stop him from being our Kingpin”, she said.

“They are sending detractors to stall Joho’s journey but I want to tell them they won’t succeed”, she added.

Coast politicians have continued to trade unkind remarks as the battle for political supremacy intensifies in the region.

Other leaders have been fronting Kwale Governor Salim Mvurya to be crowned the regional Kingpin following his good track record.