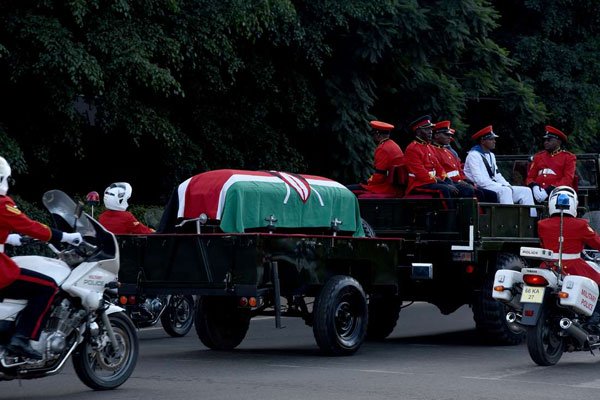 The body of former president Daniel Moi is currently lying in state at parliament buildings.

Thousands of Kenyans from all walks of life are streaming to parliament to view Moi’s body and pay their last respect.

Moi will be buried on Wednesday 12th at his Kabarak home.