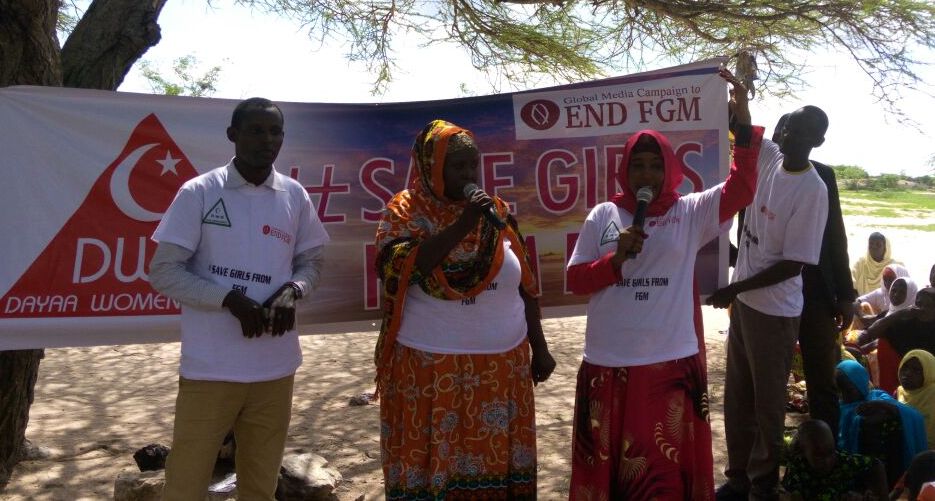 Tana River, KENYA: Women leaders in Tana River are have urged the county government to set aside funds that would help in fighting female genital mutilation FGM among the practicing communities.

Speaking at a meeting in Hola town in the county on Sunday, coordinator for Dayaa women group Saadia Hussein made the request to the county governor Dhadho Godhana  saying FGM has deprived young girls’ freedom.

The coordinator who is a victim of the retrogressive practice said that it has become a routine for FGM victims to undergo cesarean surgery every time they give birth in hospitals saying doctors opt for that to avoid the FGM complications.

The former nominated MCA in the county assembly said the funds would help in FGM sensitization among the communities to end the horrible tradition in the region.

She insisted that tradition should be put to an end in the region saying that was fueling early marriages and school dropouts.

“I know that when I get out of here the elders from my community will castigate me saying I’m embarrassing the community but what should I say, I’m speaking the truth what our girls are passing through. Women are the most vulnerable in my community said Saadia Hussein.

Female genital mutilation is still a thorny issue in Tana River county as it is still practiced in most parts.

Most Anti-FGM campaigners still face hostility from members of the FGM practicing communities.