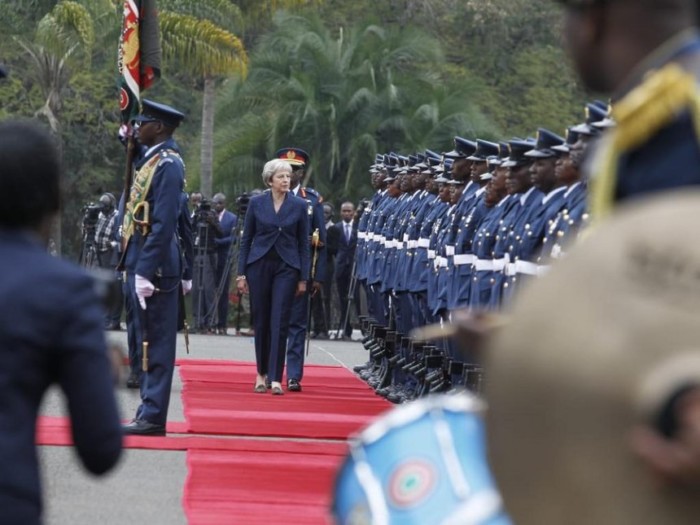 Nairobi, KENYA: Kenya and United Kingdom have signed a memorandum of understanding (MOU) that will see the two countries work together to achieve different goals in the coming years.

President Uhuru Kenyatta and UK Prime minister Theresa May had a bilateral talk at state house on Thursday in an occassion that brought together various leaders in the country.

The two leaders in unison agreed on the framework on the return of assets that was seized from corruption in Kenya and invested in UK Banks.

“Some of you may already be aware that we signed the similar agreement with Swaziland and we are now glad that UK in fully on board. This is because fighting corruption is an important aspect of my own legacy program together with the unity of the country and attainment of the big four,” said Kenyatta.

They also discussed market access to the United Kingdom for Kenya after Brexit meeting and welcomed the PM assurances that the current duty free exports will continue after Brexit.

On the matter of fighting terrorism, the two nations agreed to cooperate on the security matters and support Amisom and called on other members of the international community to support this mission on hunger and security of our people.

Kenyatta assured of commitment to grow opportunities for youths by occasional training colleges and by the United Kingdom ensuring this comes to a success.

May on her side said that, the idea of Britain military training in Kenya is to bring stability in East Africa and beyond Africa and focus in building continent capacity to overcome its own challenges and deliver its own security.

She also welcomed the idea of handshake saying UK stands ready to support an inclusive building bridges process as Kenyan works to strengthen their democracy.

“Our cooperation today makes our people safe and secured, more prospers and more secure here in kenya and the UK,” said May.

Britain is the largest source market for Kenya’s tourism with 168,000 British nationals having visited the country last year.