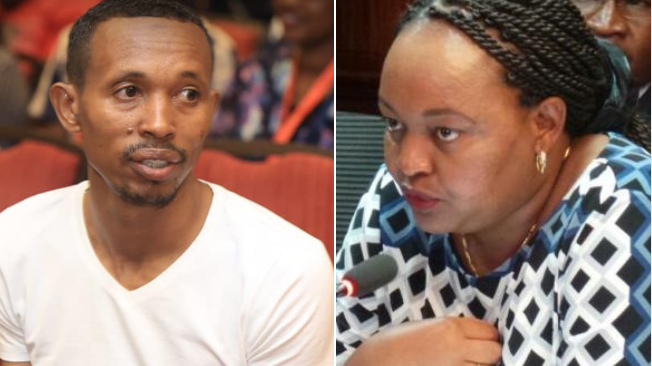 Nairobi, KENYA: Nyali Member of Parliament Mohammed Ali has dared Kirinyaga Governor Anne Waiguru to take legal action against him and other legislators who linked her to the National Youth Service saga.

In a media briefing at parliamentary buildings led by Ali and Butere Legislator Tindi Mwale on Wednesday, the duo said that they will not be intimidated by Waiguru ’s assertions that she opts to seek legal redress on the matter arguing that they are ready to face Waiguru in court.

He named 10 individuals, among them Governor Waiguru, and 40 companies which he said ought to be investigated over the sh.9 billion scandal.

Hours later, Kirinyaga Governor Anne Waiguru demanded an apology from Nyali MP for what she termed as defamation, calling on Ali to make a “written, unconditional and unreserved apology” within seven days, failure to which she will seek redress in court.

On a quick rejoinder, Mohammed and his counterpart Mwale vowed not to make any apologies on the matter urging Waiguru to brace herself for court battles.

“We will not be intimidated by those who are threatening us. This is not about two or three people this is about the good people of the Republic of Kenya.”Ali said

The MPs insisted the top government officials they named, linking them to various corrupt tendencies must be investigated before they are given clean bill of health.

The MPs said that they will not relent in their bid against corruption until the vice is wiped out of the society.