Kenyans have come out to condemn  the alleged inhumane act of police officers who forced a female conductor to strip naked to determine her sex.

Teresia Mumbi a resident of Kayole who works as a tout on Huruma route is reported to have been stripped by police officers so as to determine her gender due to her uniqueness of having beards.

According to Teresia, the ordeal began when she was picking up passengers at the Kariobangi roundabout when they were arrested alongside other touts.

She was then bundled into the cells, where the officers allegedly asked for a sh.400 bribe and when it was not forthcoming, they were locked up.

She told journalists on Thursday that the officers decided to parade her in front of them and moments
later, two of them called her out and ordered her to strip maintaining they needed to ascertain her gender.

Despite her pleading with them not to force her strip, Mumbi alleged that the police officers remained adamant and asked her to remove her clothes.

The officers then allegedly proceeded to touch her private parts and when she informed the
OCS about what had transpired, he said there was nothing that she could do about it.

The indecent act has prompted Teresia to shave her beards something she claimed is painful and the beards always reappeared after a couple of days.

Kenyans have come out in large numbers to condemn the act urging stern action to be taken out on the police officers.

Homa Bay Women Rep Hon Gladys Wanga termed the act as inhumane and a great malpractice on the police and should not be allowed to pass.

Others have also taken to social media to condemn the act, see screenshots below: 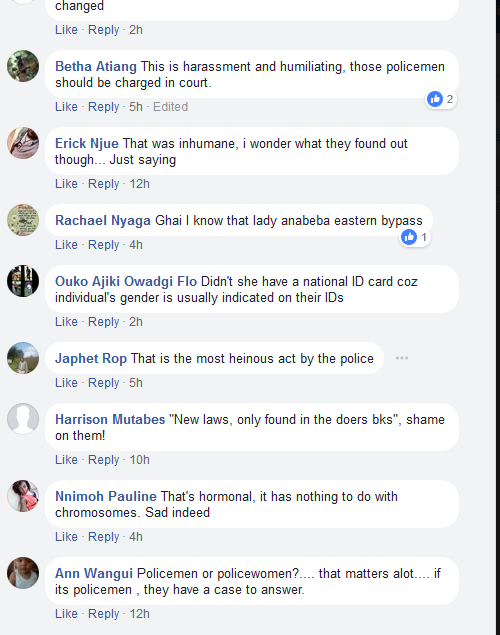 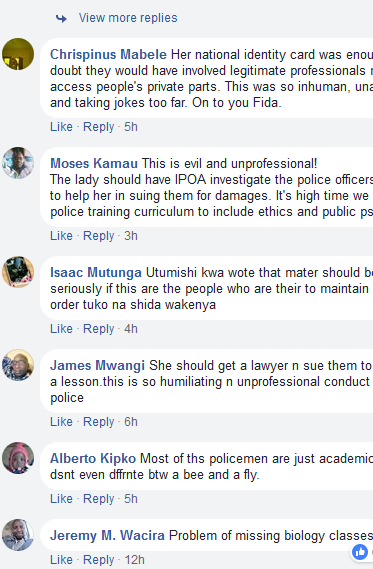